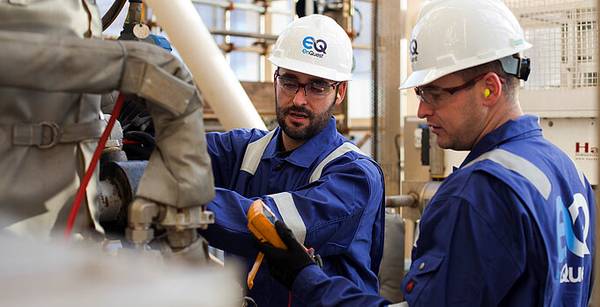 Amjad Bseisu, CEO of the North Sea-focused oil producer, said in a phone interview with Reuters on Tuesday that increasing oil and gas drilling in the UK North Sea is one of the solutions to tackling the current energy crisis, pointing to dislocation in gas markets causing inefficiency and very high market prices.

"It is incumbent on us to deliver opportunities to try to expand investment and production," Bseisu said. "So we are very keen on engaging on investment, investment incentives [in North Sea oil and gas projects], whatever the government would like to discuss with us, we're open to that."

EnQuest reported on Tuesday an 82% year-on-year rise in half-year revenue and other operating income to $943.5 million. Read full story

The company expects cash capital expenditure to reach $165 million this year to drill new wells and to mitigate its assets' natural decline rates.

The prospect of boosting North Sea drilling to combat the current energy crisis has been met by criticism from environmental campaign groups, which see investment in renewables as a cheaper and quicker way to reduce fossil-fuel dependence and bring energy bills under control.

"New oil and gas could take a quarter of a century to pump out, will be eventually sold at global prices, and have no real impact on energy bills yet still fuel the climate crisis," Parr said.

EnQuest is repurposing the company and existing infrastructure, and investing in renewable energy, Bseisu said.

It has plans to transform and repurpose the Sullom Voe oil and gas terminal in the Shetland Islands in Scotland, but these will take time.

Carbon capture and storage opportunities could start as early as next year but the terminal's electrification opportunities will take longer, although they could be delivered in the current decade, EnQuest’s new chief financial officer Salman Malik told Reuters.

Meanwhile, the site's clean hydrogen opportunities are a “long game into the 2030s”, Malik said.