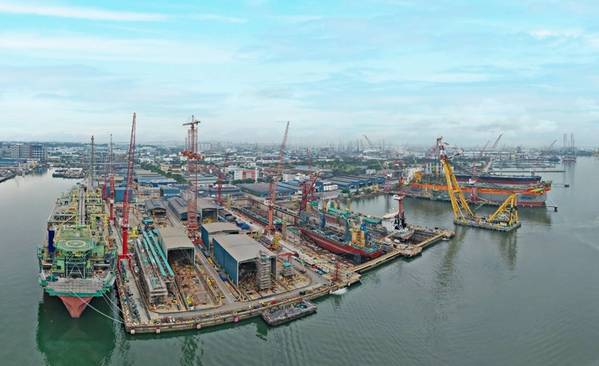 Singapore-based shipbuilder Keppel has terminated three construction contracts signed years ago, citing clients' failure to pay up. The terminated contracts are related to orders made by TS Offshore, Sapura Energy, and Crystal Heights.

In January 2014, Keppel also secured an order for the Sapura Raiqa Semi-Submersible Self-Erecting TAD Rig, and in July 2015, Crystal Heights ordered a high-specification liftboat worth around $85 million.

In a statement on Friday, Keppel said it had issued notices of contract termination to the companies mentioned above.

As the basis for the terminations for the TS Jasper and the liftboat, Keppel cited the failure of the respective clients to pay the outstanding amounts due and payable under each of the relevant contracts.

For the termination of the Sapura Raiqa vessel order, Keppel cited „the client’s conduct showing that it no longer intends to perform its remaining obligations under the relevant contract, including but not limited to accepting delivery of the rig and making the remaining payments.”

Keppel said it would retain all payments received to date under the relevant contracts, and will retain ownership of the TS Jasper Vessel and the Sapura Raiqa Vessel, including the right to sell these vessels.

“The construction of the LiftBoat had not and will not be commenced,” Keppel said.