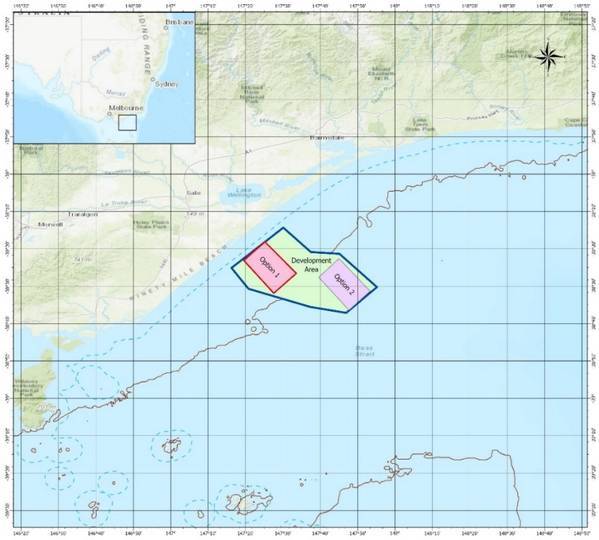 Engineering firm Worley has been awarded a framework agreement by Flotation Energy for pre-feasibility study services to Flotation Energy’s Seadragon project, a 1,500 MW offshore wind farm off the coast of Gippsland, Victoria, Australia.

Seadragon could be one of Australia’s first offshore wind sites. It will produce enough clean energy to power some one million homes and businesses across Victoria and has the potential to create over 1,600 jobs, providing a significant investment boost for the local economy and workforce.

Last year, Flotation Energy secured $2.3 million from the Victorian Government Energy Innovation Fund for the proposed project, which would be located near oil and gas platforms in Bass Strait, off Victoria’s Gippsland coast, between Seaspray and Golden Beach.

This offers the potential for repurposing assets no longer needed for oil and gas production to house offshore infrastructure, says Worley. Worley's study will also consider synergies for the construction, operations, and maintenance phases of the offshore wind farm.

The study will be led from Worley's Melbourne, Perth, Sydney, and Brisbane offices, but also draw on expertise from its offshore wind center of excellence in Europe. The initial study is projected to take 12 weeks, with first power expected in 2030.

“Australia has a long-established history in conventional energy. The Seadragon project will act as an energy transition bridge between the oil and gas and wind industries, bringing opportunities to retrain and upskill local workforces into renewables-focused roles,” said Christopher Cowland, Vice President Global Offshore Wind.

“Flotation Energy is an early entrant into the emerging Australian offshore wind market, and we’re delighted to be working with Worley to support engineering studies for the next stage of the 1,500 MW Seadragon offshore wind farm. Worley combines its extensive in-house expertise across all aspects of offshore wind with local knowledge of Gippsland and Bass Strait, which will be critical to successfully delivering the project," said Tim Sawyer, Director at Flotation Energy Plc.