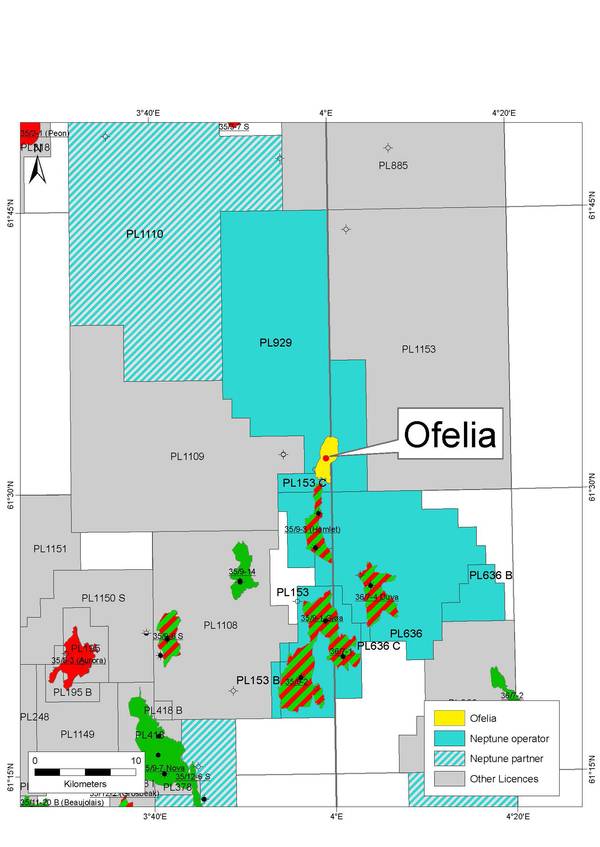 Neptune Energy said drilling has commenced on the Ofelia exploration well in the Norwegian sector of the North Sea.  The well, 35/6-3 S, is being drilled by the Deepsea Yantai, a semi-submersible rig, owned by CIMC and operated by Odfjell Drilling. The Ofelia prospect is located 13 km north of the Gjøa field within the Neptune-operated PL929 License.

In the event of a commercial discovery, the Ofelia prospect could be tied back to the Neptune-operated Gjøa platform and produce at less than half the average carbon intensity of Norwegian Continental Shelf fields.

"In case of a discovery, Ofelia could potentially be developed in parallel with Hamlet2, resulting in a low cost and carbon efficient development,” said Steinar Meland, Neptune Energy’s Director of Subsurface in Norway.
Ofelia is positioned in one of Neptune’s core areas and close to existing infrastructure. The reservoir target is the Lower Cretaceous Agat Formation and is expected to be reached at a depth of approximately 2,570 meters.