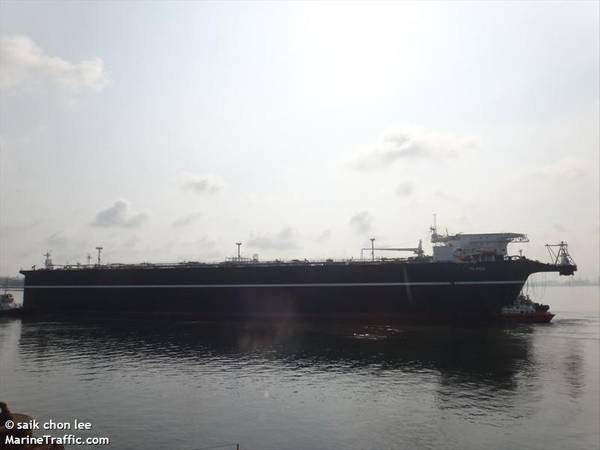 To remind, Afentra in April agreed to buy a 20% non-operated interest in Block 3/05, and 40% non-operating interest and Block 23, offshore Angola, from Sonangol.

In Block 3/05, Afentra is acquiring a 20% non-operated interest in a high-potential long-life asset, and in Block 23, it is buying a non-operated 40% interest "in a highly prospective deepwater exploration and appraisal opportunity."

The agreement also includes a contingent consideration of up to $6 million over three years, subject to certain oil price hurdles and an annual cap of $2 million.

For Block 3/05A, Afentra said that the acquisition of 5.33% interest in a license adjacent to Block 3/05, provided the opportunity to tie back existing discoveries to the Block 3/05 infrastructure.

Afentra will pay the initial consideration of $3 million, and the deal includes a contingent consideration of up to $5 million linked to the successful future development of certain discoveries and oil price hurdles. 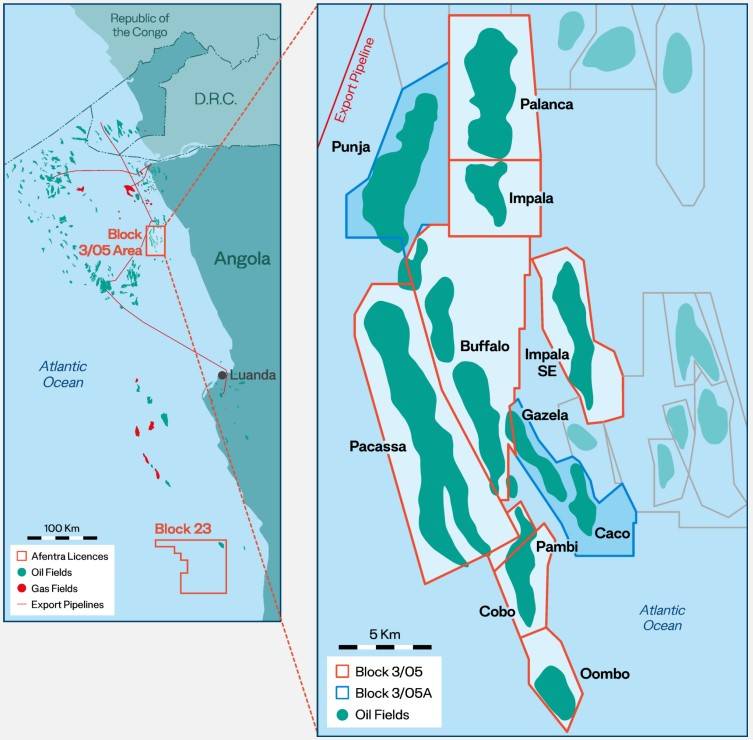 Afentra said that the INA transaction and the previously announced Sonangol acquisition are expected to be financed through new debt facilities and existing cash, and that "discussions with selected debt provider are well advanced."

"The acquisition will take Afentra's combined interest in Block 3/05 to 24% with a combined implied acquisition cost of ~$4/ 2P bbl4 and asset breakeven costs of $35/bbl. Block 3/05 production averaged 19,500 bopd in the first half of 2022 and has material production growth potential. Upon completion of both the Sonangol and INA transactions, Afentra will have initial 2P Reserves of c.24 million barrels (20 and 4 mmbo respectively) and daily production of c.4,680 bbl/d. (3900 and 780bopd respectively)," Afentra said.

Block 3/05, in which Afentra is acquiring a further 4% non-operated interest, is located in the Lower Congo Basin and consists of eight mature producing fields.

The discoveries were made by Elf Petroleum (now part of TotalEnergies) in the early 1980s. Development was by shallow-water (40-100m) platforms that included successful waterflood activities with first oil in 1985.

Sonangol assumed operatorship in 2005 and has focused on sustaining production through workovers and maintaining asset integrity. No infill drilling campaigns have taken place in the last 15 years.

"The asset has a diverse portfolio of over 100 wells and currently produces from around 40 production wells and has nine active water injectors. The facilities include 17 well-head and support platforms and four processing platforms, with oil exported via the Palanca FSO," Afentra said.

"The entry into Block 3/05A also provides Afentra with access to existing light oil and associated gas discoveries that could be tie-back developments to the existing Block 3/05 infrastructure. Block 3/05A contains an oil in place of ~300 mmbls, including one partially developed and two undeveloped oil discoveries. There is potential for material incremental gross production of circa 10,000 bbl/d," Afentra added.