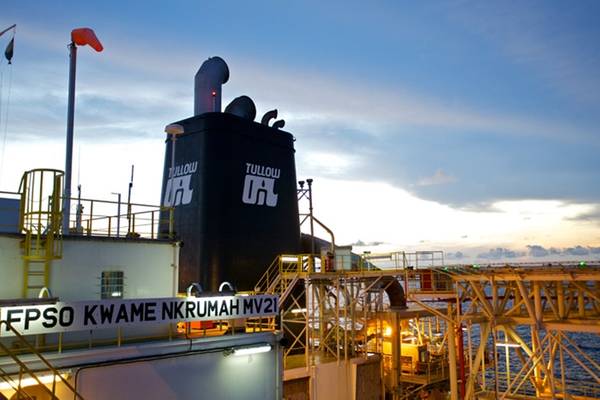 Tullow Oil said its Chief Executive Officer Paul McDade has resigned and the oil and gas explorer also scrapped its dividends, as it continues to face issues at its fields in Ghana.

Tullow, whose shares fell sharply after the announcement, slashed its 2020 annual production forecast. The company said it expects to produce between 70,000 and 80,000 barrels of oil per day (bopd) next year, lower than its guidance of about 87,000 bopd for this year.

At Enyenra (one of the TEN fields) mechanical issues on two new wells have limited the well stock available and there is faster than anticipated decline on this field.

On the Jubilee field, Tullow reports significantly reduced offtake of gas by the Ghana National Gas Company which Tullow makes available at no cost, increased water cut on some wells, and lower facility uptime.

"The board has been disappointed by the performance of Tullow’s business and now needs time to complete its thorough review of operations," said Dorothy Thompson, who has been appointed Executive Chair on a temporary basis following the resignation of McDade and Exploration Director Angus McCoss.

Mark MacFarlane, Executive Vice-President, East Africa and Non-Operated, has been appointed as Chief Operating Officer in a non-Board role. Les Wood continues as an Executive Director and Chief Financial Officer. The board has initiated a process to find a new group Chief Executive.