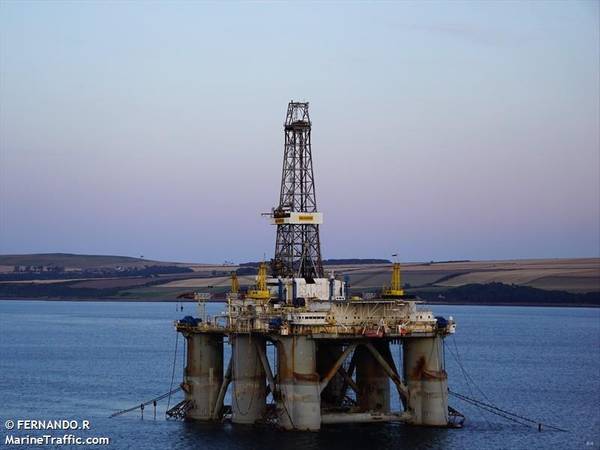 Offshore drilling company Awilco Drilling has completed the sale of the 1983-built semi-submersible drilling rig for recycling, meaning the company no longer owns any drilling rigs.

The WilHunter, built in 1983 by Daewoo and upgraded in 1999 and 2011, has been out of work for years. Before the sale, the rig had been cold stacked in Invergordon, Scotland, since 2016, without employment prospects. According to available info, the mid-water drilling rig last worked for Hess in 2015.

Awilco Drilling did not say how much the rig was sold for. VesselsValue estimates the scrap value of the WilHunter is around $11.8 million. During During the first quarter of 2022 Awilco Drilling signed a sale and purchase agreement with Rota Shipping to recycle the rig at the Aliaga Shipyard in Turkey.

The drilling contractor first announced the plan to sell the rig for recycling back in November 2021, when it said that the cold-stacked rig cost it around $1,300 a day.

The WilPhoenix was built in 1982 and upgraded in 2011. The rig, to be renamed Well-Safe Defender, will be converted for future well plug and abandonment (P&A) activity. With these sales, Awilco Drilling no longer owns any drilling rigs.

Following the agreements to sell both of its rigs, Awilco's principal activity is to continue the arbitration processes with Keppel FELS shipyard.

Awilco Drilling had planned to upgrade its fleet with a couple of 7-gen semi-subs, Nordic Winter and Nordic Spring, ordered from Keppel in 2018 and 2019, and targeted for the Norwegian market.

The orders have since been canceled, and Keppel and Awilco are currently involved in arbitration cases over the order cancellations.

In a recently released annual report, Awilco Drilling said:"Although the main focus in the short term will be on the arbitration processes, minimizing costs and thereby maximizing returns to the shareholders, the company shall also continue to evaluate new investment opportunities. If an attractive opportunity arises, which complements the Company’s financial and operational aspirations, operations will resume once again."

Awilco is seeking from Keppel a total amount of $97.7 million.