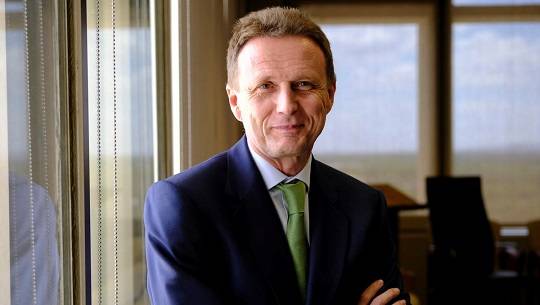 Pedro Azagra Blázquez has officially assumed the role of Chief Executive Officer of Avangrid, a U.S. subsidiary of the Spanish renewables giant Iberdrola.

Avangrid, which is building the first major offshore wind farm in the U.S., said that Azagra brings to the team a deep familiarity with the Avangrid businesses and extensive experience in the U.S. energy sector.

“I’m honored to lead Avangrid as we continue to accelerate the transformation to a clean energy future,” said Azagra. “Avangrid is a true leader in ESG+F. I’ve had the privilege to be involved with the organization for many years, including leading the company into the offshore wind space, and I’m proud of Avangrid's leadership in the energy industry. I look forward to taking our company to the next level as we continue to raise the bar, be bold, and think innovatively.”

Azagra serves as the Chief Development Officer for Iberdrola, S.A., where he has executed more than one hundred transactions and led the international expansion of Iberdrola. In addition, he serves as a member of the board of directors of Neoenergia, S.A., a member of the Iberdrola group of companies listed on the São Paulo Stock Exchange.

“Pedro’s substantial experience in the Iberdrola Group, globally and in the U.S., as well as the strong relationships he has built in the country over the years, make him a natural choice to lead the company and execute our long-term strategy,” said Ignacio Galán, Chairman of Avangrid. “Pedro knows the U.S. market well. I am very confident that under his leadership we will continue to build on Avangrid’s strong reputation as a leading sustainable energy company in the U.S., both in Networks and Renewables”

In addition to serving on  Avangrid's Board of Directors, Azagra has advised the company in connection with the merger proceedings with PNM Resources and previously led the $4.7 billion acquisition and integration of Energy East Corporation in 2008 and the $17.9 billion merger and integration of Avangrid (formerly known as Iberdrola USA) and UIL Holdings in 2015.

He also led Avangrid's entry into the U.S. offshore industry through the joint venture his team developed with Copenhagen Infrastructure Partners.