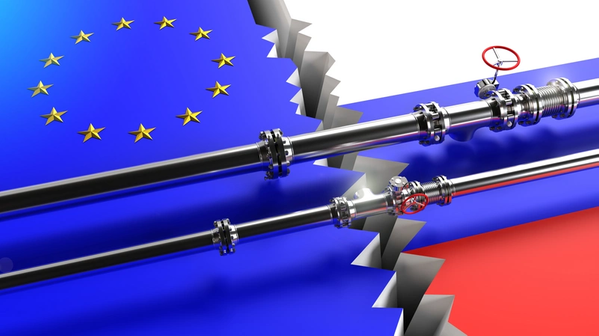 Leaders from European Union countries are set to endorse the bloc's plan to wean itself off Russian energy and spend the bloc's COVID-19 recovery fund to do this, according to draft conclusions for a leaders' summit later this month.

The European Commission this week unveiled a plan for Europe to end its reliance on Russian fossil fuels by 2027, which it said would require 210 billion euros in extra investments - most of them targeting green energy sources like wind and solar.

The draft conclusions, which could change before they are approved at the May 30-31 meeting, would see leaders back the call for a faster rollout of renewable energy, improvements in saving energy, and more investments in energy infrastructure.

Countries should switch to more non-Russian energy sources as a short-term priority, and try to launch joint gas buying among countries to help shore up supplies ahead of next winter, the draft said.

To fund the plans, the draft conclusions ask countries to "rapidly prepare dedicated chapters adding to their recovery and resilience plans to deliver on the REPowerEU objectives by mobilising funding from the Recovery and Resilience Facility and other EU sources."

The Recovery and Resilience Facility is the EU's COVID-19 recovery fund, which still contains 225 billion euros in unspent loans.

Quitting Russian fossil fuels would also mean spending 10 billion euros in new gas projects and up to 2 billion euros for oil as the bloc races to switch to non-Russian supplies, the Commission said. That drew criticism from campaigners who said it could lock countries into long-term reliance on fossil fuels.

The draft conclusions did not mention EU sanctions on Russian oil, which countries are struggling to agree upon.