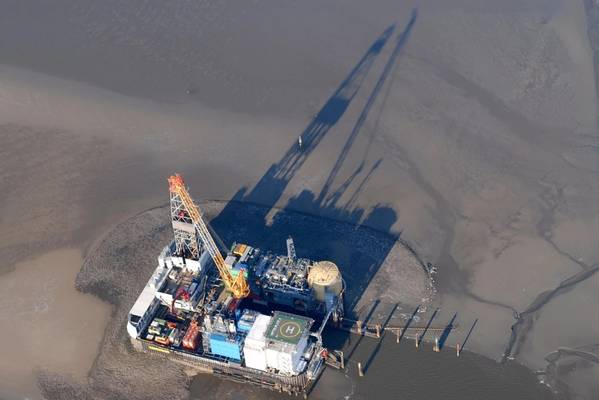 German climate activists turned off crude oil pipelines at five locations on Wednesday, demanding the country look for other ways to reduce its dependence on Russian gas than starting new fossil fuel-based infrastructure projects such as deep-sea drilling.

In mid-March, Finance Minister Christian Lindner said Germany should rethink its ban on allowing new drilling for oil and gas in the North Sea as it looks for new energy sources after Russia's invasion of Ukraine.

"We are in a climate emergency! The German government not only ignores it, it plans to fuel it further. To now want to drill for oil in our North Sea - this is madness that you must stop, Mr. Habeck!" activist Edmund Schulz said in a statement.

The activists entered the pipelines' emergency stations in teams of two and activated shut-off valves that allow the flow of oil and gas to be safely turned off in case of emergency, the organization said in a statement.

The activists also decorated the valve handwheel with sunflowers, and some attached themselves to the wheel with superglue and chains, the organization said.

By 1000 GMT, the protests had taken place at sites near Berlin, Munich, Leipzig, Greifswald, and Koblenz, a spokesperson for the activist group "Last Generation" said.

She added the group would continue with further protests later on Wednesday and in next days if the German government did not declare it would stop all fossil fuel projects.