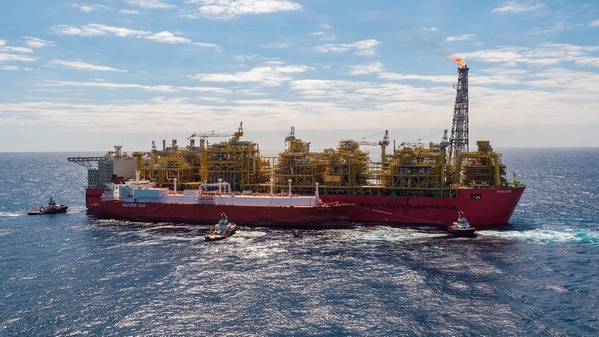 Shell Plc said on Monday it has resumed shipping liquefied natural gas (LNG) from its Prelude floating LNG facility off northwest Australia after a four-month shutdown due to a major power failure.

A cargo completed loading and left the site on Sunday night, a Shell spokesperson said, declining to disclose the destination.

"Our focus at Prelude remains on the long-term and delivering safe, sustained and reliable performance into the future," Shell said in a statement.

The 3.6 million-tonnes-a-year Prelude FLNG facility lost power on Dec. 2, and Shell was unable to restore reliable power supply after trying for three days.

Shell was permitted to resume operations last month after convincing the National Offshore Petroleum Safety and Environmental Management Authority that problems had been fixed and the company could run the facility safely in the event of a power loss.

The four-month shutdown was just the latest setback that Prelude FLNG has faced since its delayed start-up in 2019.

The outage at Prelude was one factor that drove up LNG prices last December. Prices have since rocketed to record highs as Europe has scrambled for gas to replace Russian exports hit by sanctions.