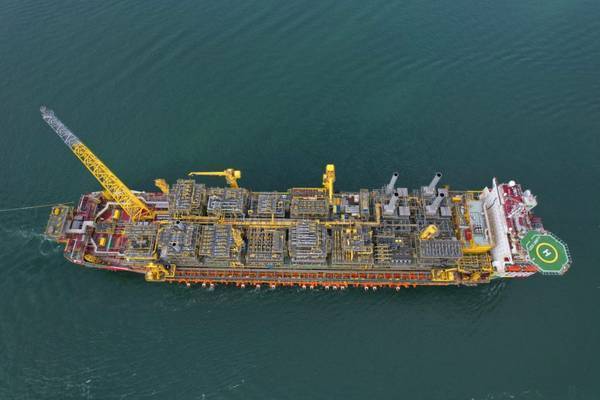 Exxon Mobil Corp on Wednesday said it plans to have the capacity to produce with partners 1.2 million barrels per day of oil and gas (boed) offshore of Guyana by 2027.

That adds 200,000 boed of production capacity compared to a previous estimate by the consortia led by Exxon. The group produced 120,000 boed in the South American nation in 2021.

"Clearly our objective is to fill up those boats," senior vice president Neil Chapman told analysts during a call to discuss the company's annual plans.

He declined to comment on when maximum capacity will be reached.

Exxon and partners Hess Corp and CNOOC Ltd. Consortium started production in the South America country in 2019 and are responsible for all oil and gas output in Guyana. They have discovered some 10 billion barrels of recoverable oil.

Exxon said on Wednesday it can drill in Guyana around ten new exploration wells in 2022, and another ten next year.

Earlier this year, Exxon started a new production vessel [the Liza Unity FPSO] that will bring total capacity to more than 340,000 barrels per day.

(Reporting by Sabrina Valle, in Houston, and Shariq Khan, in Bengaluru; Editing by Kirsten Donovan)