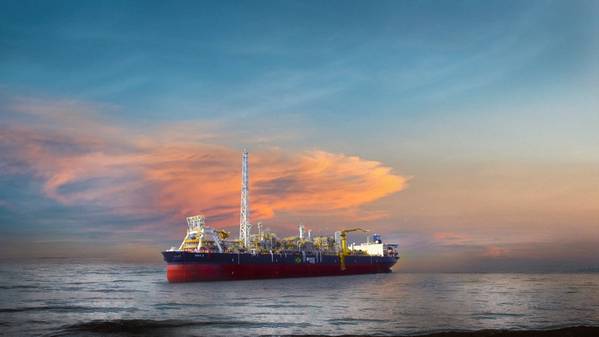 Malaysian FPSO specialist Yinson said Tuesday it had signed firm contracts with the Brazilian oil company  Enauta for the provision, operation, and maintenance of an FPSO in the Atlanta Field located in the Santos Basin, offshore Brazil.

This follows letters of intent between two firms signed in December 2021.

Enauta has been producing oil from the field using the FPSO Petrojarl I as an Early Production System, and has been looking to deploy another FPSO at the field for full-field development. This contract with Yinson is for the "Definitive System" of the Atlanta field.

Enauta earlier this month completed the acquisition of the FPSO OSX-2 which will be used for the Definitive System of the Atlanta Field in Brazil for $80 million, with the plan to have the FPSO deployed at the field in 2024.

According to World Energy Reports, OSX 2 FPSO is currently in storage in Sout East Asia.

"This FPSO was completed in 2013 and went from the shipyard to storage site when the field operator (OGX) decided to not deploy the production unit," World Energy Reports said in its recent FPS report.

Yinson said Tuesday that the engineering, procurement, construction, and installation of the FPSO are expected to be completed by the first half of 2024.

Before the completion of the construction of the FPSO, Yinson has the discretion to exercise the call option to acquire the asset-owning company of the project with a 15-year time-charter agreement and operation & maintenance agreement, whereby Enauta has a right to extend the agreements by a further 5 years.

The Project has an estimated aggregate value of USD505 million (including a 2-year operations and maintenance agreement), with a further increase to USD1,981 million (inclusive of 5 years extension period) should Yinson exercise the call option. The FPSO is one of Yinson’s three assets in Brazil, bringing the Group’s total fleet to nine floating assets.

Yinson Group Chief Executive Officer Lim Chern Yuan said: “Brazil awarded the majority of the FPSO contracts in 2021 and we expect it will continue to be the dominant FPSO market going forward. With our strong track record, Yinson aims to passionately deliver powerful solutions for Enauta. Our goal is to contribute positively towards the development of Brazil’s energy industry.”

Yinson Chief Executive Officer Offshore Production, Flemming Grønnegaard said: "Our steadfast commitment is towards pioneering low-emission designs from the get-go and this Project is no different. Both Yinson and Enauta have been working closely since last year and we are making solid progress. We believe that our close working relationship with Enauta will help us move a step closer toward Yinson’s zero-emission FPSO concept of the future and our goal of achieving net-zero by 2050.”

In a separate and subsequent statement on Tuesday, Enauta said that Atlanta Field’s Full Development System had been approved.

"The project has the capacity to produce 50,000 barrels of oil and process 140,000 barrels of water per day. The startup is expected by mid-2024, initially with six wells. Atlanta has an active aquifer which does not require water or gas injection, making the project more solid," Enauta said.

"The investment approved is US$1.2 billion, already including the US$100 million to be injected after production starts and US$500 million referring to the production unit. Should Yinson exercise the vessel purchase option, a 15-year chartering agreement shall take effect linked to a financing for the same period. In this case, the project’s investment will decrease by US$100 million," Enauta added.

“The implementation of Atlanta’s Full Field Development System will significantly increase production and the company’s resilience. Due to points learned in the Early Production System, the Full Development System relies on efficient technologies that reduce costs and greenhouse gas emissions. We have developed a competitive project for energy transition, capable of providing an attractive return for our shareholders,” said Décio Oddone, Enauta’s CEO.

"Over the next days, the Company will sign other agreements necessary to conclude the FDS," Enauta added.