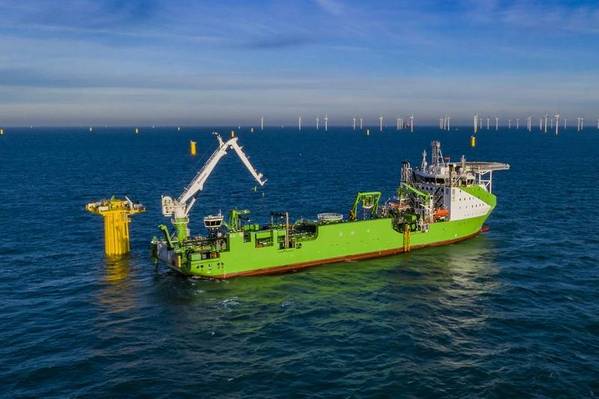 Offshore installation contractor DEME Offshore has awarded Proserv Controls a contract for the provision of the inter-array cable monitoring system, or CMS, for the first two phases, A and B, of the Dogger Bank offshore wind farm in the UK.

Proserv said Tuesday it would deploy its ECG holistic cable monitoring system to deliver the project.

"ECG has been initiated and driven by Proserv with critical support from its partner Synaptec, a power system monitoring expert," the company said.

"ECG represents a step-change in traditional monitoring methods, offering comprehensive visibility across cable assets. Adopting an integrated and scalable approach, it provides real-time analysis with insights through an intuitive user interface. By using intelligence from all data across an asset, the system is capable of enabling proactive and predictive decision-making, improved utilization of resources, and reduced operational expenditure (OPEX)," Proserv said of its system.

The company said that both Dogger Bank A and B systems were scheduled to be ready for dispatch in Q3 2022. No details were shared on the value of the contract.

The Dogger Bank Wind Farm site is located more than 130km off the north-east coast of England and is being delivered by joint venture partners SSE Renewables, Equinor, and Eni.

SSE Renewables is leading on construction and delivery while Equinor will operate the wind farm on completion. Due to its size and scale, Dogger Bank is being built in three consecutive 1.2GW phases; Dogger Bank A, Dogger Bank B and Dogger Bank C. In total the wind farm is expected to generate enough renewable electricity to supply 5% of the UK’s demand, equivalent to powering six million homes.

DEME will use its DP3 cable installation vessel ‘Living Stone’ to install the inter-array cables, which apart from its large cable capacity of 10,000 tonnes, features a “dual-lane” system one for laying the cable and one where the next cable can be simultaneously prepared and have the cable protection system (CPS) installed. This, per Deme, reduces the time needed for preparing the cables, minimizes manual handling, increases the vessel’s workability, and ultimately, improves production rates.

The inter-array cables will be built by Hellenic Cables at its plant in Corinth, Greece.