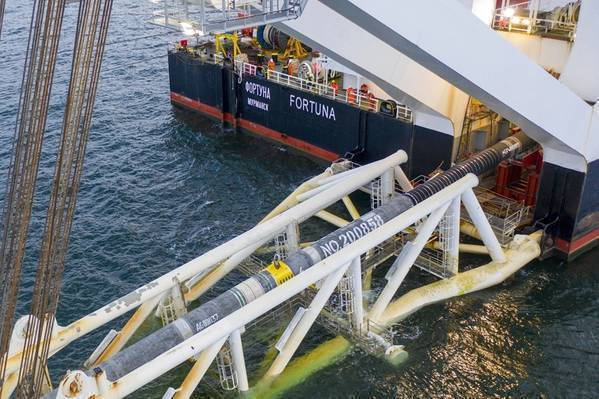 "I want to be very clear: if Russia invades Ukraine one way or another, Nord Stream 2 will not move forward," Price told NPR. "I'm not going to get into the specifics. We will work with Germany to ensure it does not move forward."

Europe's most divisive energy project, Nord Stream 2 is designed to double the amount of gas flowing from Russia straight to Germany, bypassing traditional transit nation Ukraine, on the bed of the Baltic Sea.

It has faced resistance within the European Union, from the United States as well as Ukraine on the grounds it increases Europe's energy dependence on Russia and denies Ukraine transit fees, at a time of Moscow's broader standoff with the West.