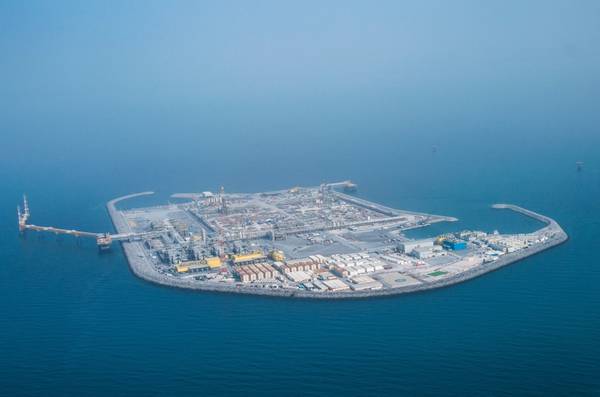 The companies said the project would see the development and operation of a first-of-its-kind high-voltage, direct current (HVDC-VSC) subsea transmission system in the Middle East and North Africa (MENA) region.

The project will be funded through a special purpose vehicle (SPV) – a dedicated company that will be jointly owned by ADNOC and TAQA (30% stake each), and a consortium comprised of Korea Electric Power Corporation (KEPCO), Japan’s Kyushu Electric Power Co. and Électricité de France (EDF). Led by KEPCO, the consortium will hold a combined 40% stake in the project on a build, own, operate and transfer basis.

The consortium will develop and operate the transmission system alongside ADNOC and TAQA, with the full project being returned to ADNOC after 35 years of operation. The project is subject to relevant regulatory approvals.

According to ADNOC, the development is expected to reduce the carbon footprint of ADNOC’s offshore operations by more than 30%, replacing existing offshore gas turbine generators with more sustainable power sources available on the Abu Dhabi onshore power network.

ADNOC said  that more than 50% of the project value will flow back into the UAE’s economy under ADNOC’s In-Country Value (ICV) program, "underpinning ADNOC and TAQA’s commitment to driving responsible and sustained investment and value creation for Abu Dhabi and the UAE."

The transmission system will have a total installed capacity of 3.2 Gigawatts (GW) and comprise two independent sub-sea HVDC links and converter stations that will connect to TAQA’s onshore electricity grid – operated by its subsidiary, Abu Dhabi Transmission and Despatch Company (TRANSCO). Construction is expected to begin in 2022 with commercial operation commencing in 2025.

"A tender for this innovative project was issued in April 2020 resulting in very strong interest from international companies. Following this highly competitive tender process the consortium was selected," ADNOC said.