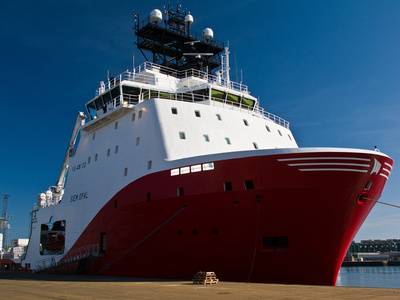 The contract is for a firm six-month period, starting during March/April 2022. Equinor will have extension options."

"The scope of work consists of supporting the client’s various rig move activities during drilling campaigns," Siem Offshore said. The company did not share the financial details of the contract.

Built-in 2011, the 91-meter long vessel is designed for towing and anchor handling, deep water inspection- and construction work. The vessel is equipped with a high-capacity gantry crane for anchor and cargo handling.

According to AIS data, the Siem Opal is currently docked in Bergen, Norway.