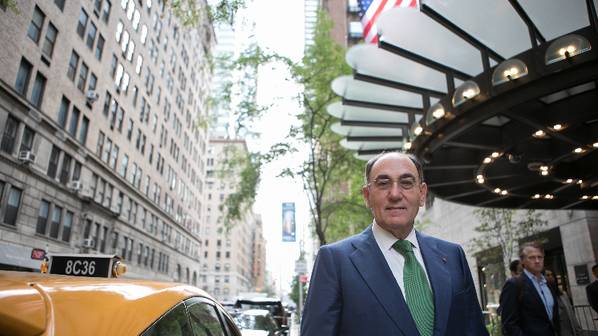 Ignacio Galán, Chairman and CEO of Iberdrola and Chairman of AVANGRID.

Spanish renewable energy giant Iberdrola has via its subsidiary Avangrid been awarded a contract for the electricity supply from Commonwealth Wind offshore wind farm, as part of Massachusetts’ third offshore wind competitive procurement.

“Commonwealth Wind will power hundreds of thousands of homes and businesses in Massachusetts with clean energy, creating thousands of local jobs across the supply chain. It will also be a key project in helping the U.S. to achieve the 30.000 MW offshore wind target by 2030” said Ignacio Galán, Chairman and CEO of Iberdrola and Chairman of AVANGRID

“After having invested $15 billion in 8.000 MW in onshore wind and solar, we are already leading the way in offshore wind energy the U.S. with the construction of Vineyard Wind One and Park City Wind. With 15 years of experience delivering projects across the world, Iberdrola and AVANGRID are working hard to ensure our investments are transformational for the environment and the economy, creating wealth and jobs. Our U.S. offshore wind pipeline alone could deliver over $15 billion of investment in the coming years.

According to Iberdrola, Commonwealth Wind includes two transformative initiatives that convert former coal-fired power plants into clean energy centers that will serve to anchor offshore wind jobs throughout the state.

Namely, Iberdrola said that Massachusetts' first subsea cable factory, operated by Prysmian, would be located at Brayton Point, Somerset, and that a new offshore wind construction terminal would be built in Salem Harbor to serve the Park City Wind and Commonwealth Wind projects.

"Both initiatives will create new permanent jobs across Massachusetts and bring this new sector to life," Iberdrola said.

Through Commonwealth Wind, the company has committed to invest $15 million in workforce training and supply chain development, based on the principles of diversity, equity, and inclusion. It also plans to invest $20 million in education, innovation, and environmental initiatives to benefit local communities.

Massachusetts aims to have 4 GW of contracted offshore wind capacity by 2027 and 5.4 GW operational by 2035.