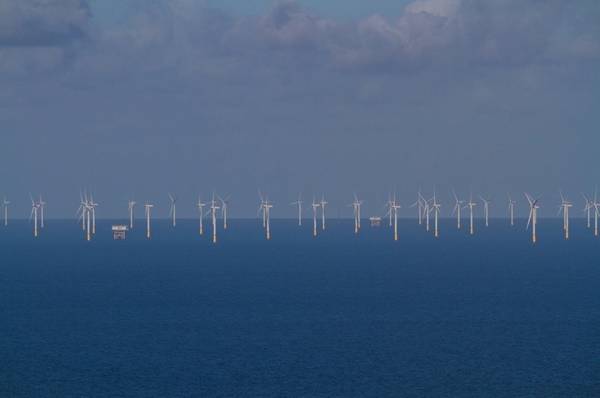 Britain on Monday opened applications for its biggest renewable energy auction round to date, offering 285 million pounds ($376.97 million) in funding to help deliver on its climate targets, the government said.

"By generating more renewable energy in the UK, we can ensure greater energy independence by moving away from volatile global fossil fuel prices, all while driving down the cost of new energy," Business and Energy Secretary Kwasi Kwarteng said in a statement.

Under Britain's Contracts-for-Difference (CfD) scheme, qualifying projects are guaranteed a minimum price at which they can sell electricity.

CfD contracts are offered to power generation companies at auction.

The scheme, launched in 2014, is the government's primary method of encouraging investment in low-carbon generation in Britain and the latest, fourth round, aims to secure 12 gigawatt (GW) of new capacity across a wider number of technologies.

Established technologies, such as solar and onshore wind, could receive 10 million pounds of funding, it added.

Applications close on Jan. 14, 2022, with the final results of the auction expected to be announced in spring-summer 2022, it added. The latest round is expected to help Britain hit a target of 40 GW of installed renewable energy capacity by 2030, up from 10.4 GW at present, the government added.

(Reporting by Nora Buli in Oslo, Editing by Louise Heavens)