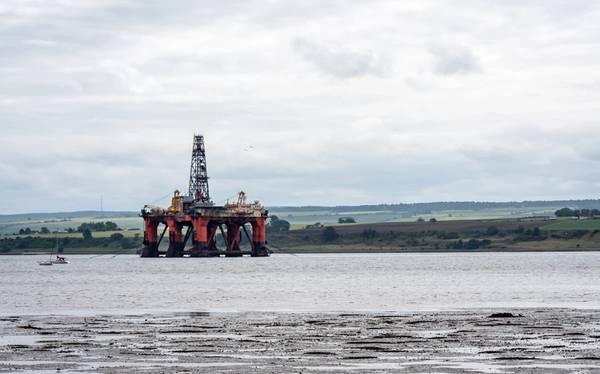 Climate activists, including a former oil refinery worker, accused the UK government in the high court on Wednesday of illegally subsidizing fossil fuel producers through tax incentives which undermine its climate goals.

This, they argue, is in conflict with the government's policy of “maximizing economic recovery” of oil and gas in the British North Sea and with Britain’s 2050 net zero emissions goal.

"The exclusion of tax … is simply impermissible in the context of a proper understanding of economic recovery,” the campaigners’ lawyer David Wolfe told the court.

Britain's treasury received around 248 million pounds from oil and gas production in 2020/21, a drop of 71% on the previous year, according to official data, due to a plunge in oil and gas prices during the pandemic.

The Paid to Pollute campaigners highlight tax years such as 2016/17 when an oil price slump meant the government returned 400 million pounds to oil producers, rather than benefiting from any net receipts.

"UK tax payers are not paying oil companies,” he told the court.

Kate Gallafent, speaking on behalf of the Oil and Gas Authority (OGA) which is tasked with ensuring that the UK gets the maximum economic benefit from its oil and gas reserves, told the court the benefits of oil and gas extractions were “a lot wider” than tax revenues, pointing to energy security and jobs.

She said the OGA was correct to assess projects on a pre-tax basis, while tax arrangements fell within the remit of the treasury.

Judge Sara Cockerill is likely to take weeks to publish a ruling.

Shell's decision last week to exit the Cambo oil field development highlighted how the investment landscape might be changing for the industry. Shell said the plan was no longer economic and its decision was hailed by climate campaigners as a possible turning point.