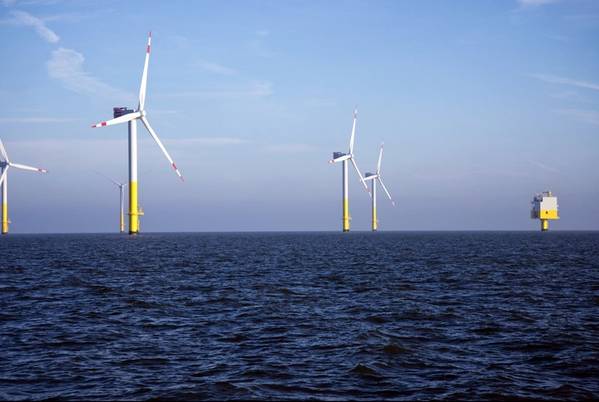 The German government, to be sworn in on Wednesday, has presented plans to step up climate protection efforts entailing far-reaching reforms for the utility sector and across manufacturing industries, buildings, transport, and agriculture.

The targets are radical, driven by participation of the Green Party in government which will head the joint economy and energy ministry, among others, raising questions from politicians and investors outside Germany whether they can materialize into action.

The coalition partners aim for 80% renewables in the power mix by 2030, up from 65% targeted earlier, implying a more than tripling of solar capacity, a third more offshore wind, and a push to use 2% of land space for onshore wind.

The headline-grabbing claim to rely to 80% on renewable power is often mistaken as a goal to decarbonize 80% of all current energy usage cases.

But beyond the goals describing changes to power are much wider applications for oil and gas in fuelling transport and industry processes and heating homes, which need decarbonizing.

Electricity plays only a 20% part in the primary energy mix, leaving a huge amount of liquid and gaseous energy substances such as heating oil and gasoline that await transforming to low or zero-carbon.

CAN WIND AND SOLAR REALLY BE SCALED UP THAT MUCH?

Power utilities account for nearly one-third of total carbon pollution and have turned green faster than others, which the coalition says it is "on a mission" to accelerate, promising to clear all relevant hurdles, and to monitor and amend in the future.

Renewables have been on an astonishing trajectory, ramping up to supply 50% of power in 2020 from 10% only 10 years earlier, and 3% two decades ago.

But utility group BDEW said new deployments may lag the 2030 goals that are the base for wider electrification.

While eight turbines were installed in each week of 2020, the number would have to rise to between 25 and 38.

WHAT DOES THIS MEAN FOR POWER GRIDS?

Power networks will be expanded faster to absorb volatile renewable energy and deal with digital tasks such as coordinating storage and measuring systems.

The government is asking the energy regulator and transmission grid firms to devise new plans by 2023.

E.ON chief Leonhard Birnbaum has said the coalition has recognized the need to provide the right financing and investment conditions.

HOW WILL COAL AND NUCLEAR BE REPLACED?

Phasing out nuclear in 2022 and coal ideally by 2030 risks creating a power gap at a time of energy tightness, reflected in high prices already.

To remedy any shortages, think tanks and political lobbies predict that new gas-fired capacity in a range of around 18 GW to 44 GW must be built by 2035.

There is no noticeable investment activity as yet, a situation which would need to change immediately.

The plants must be fitted with carbon capture and storage technology and able to burn hydrogen to ensure long life-spans, which the industry says it is ready to comply with, providing there is the right remuneration.

WHAT DOES IT MEAN FOR NATURAL GAS?

Gas, which when burnt emits roughly half of carbon vis-a-vis coal, was assigned the role of an acceptable bridge towards the zero carbon age.

This will apply not just to power generation but also in infrastructure such as power station sites, pipelines and storage caverns, that are all meant to be repurposed to accommodate usage of green hydrogen - derived from renewable wind and solar - over time.

Environmental groups criticise this as "segueing into a 20-year affair with another fossil fuel," but without providing an alternative.

CAN HYDROGEN BE THE BE-ALL AND END-ALL?

The government aims for 10 GW of green electrolysis capacity by 2030, double the previous goal announced last year, on which to base a hydrogen economy that will successively replace gas.

Because even that amount will be too little, Berlin is also expected to launch import partnerships with countries including Morocco, Chile and Saudi Arabia to bring in huge clean hydrogen volumes to fuel its energy hungry industries.

Chemicals giant BASF uses more than 1% of Germany's electricity alone, while steelmaker Thyssenkrupp produces around 2-2.5% of all CO2 emissions.

WHAT ABOUT TRANSPORT AND HEATING?

The end of the combustion engine is on the agenda.

By 2030, the aim is for 15 million electric cars to be on the road, with one million charging points available.

Half of heating supply is meant to be green by 2030 compared with 14% now.

WHAT ROLE WILL THE CO2 PRICE PLAY?

The government will use the CO2 price as a steering tool and ensure prices don't fall below 60 euros ($67.71) a tonne domestically if the EU cannot agree on a minimum price. Well over 80 euros plus has become the recent norm.