The EU-funded Ocean DEMO project has awarded recommendations for support to six offshore renewable energy developers under its fourth call.

The awards support developers on their path to commercialization and ease the transition of ocean energy towards multi-device farms by providing free access to open sea test sites.

Successful applicants receive free access to test their ocean energy products and services in real sea environments at the project’s network of test centers. Technology developers applied for support packages to test multi-device farms or single devices looking to scale up to multi-device in the future.

The following technology developers were recommended for support packages under the 4th call by the Ocean DEMO Selection Board, and two of them already started testing in real sea conditions.

"The support packages provide a real boost to technology developers by allowing them to test their pioneering ocean energy technologies at sea. It also helps them attract further investment and move along the path to commercialization,"

Project partners are available during the 2-day OEE2021 event at stand n°5 on the exhibition floor, and during the official Ocean DEMO side event ‘Building national support: a pathway to multi-device farms’ on Monday 6 December, 13:30 to 14:30.

After a fruitful 2021, this 4th call will help 2022 become another successful year of deployments for the Ocean DEMO project.’ 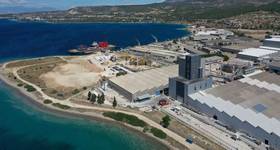