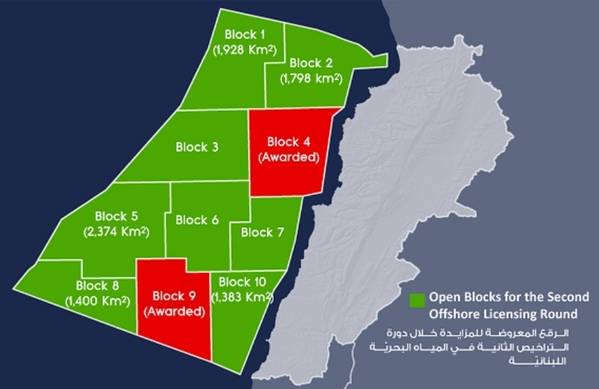 Lebanon re-launched a second offshore oil and gas licensing round for eight remaining blocks on Friday, with the deadline for submission of bids set for June 15, 2022, the Lebanese Petroleum Administration said on its website.

The round was initially approved in April 2019 in just two blocks but has been postponed several times, including last year due to the COVID-19 pandemic.

A consortium of France’s Total, Italy’s Eni, and Russia’s Novatek last year completed exploratory drilling in Lebanon's offshore Block 4 off the coast of Beirut and said they had not found a commercially viable amount of hydrocarbons.

Planned drilling in southern Block 9, also licensed to the consortium, has been postponed.

Lebanon's leaders have said a significant oil and gas find could help the country emerge from its worst economic crisis since the 1975-90 Civil War. The United Nations says eight in 10 people are now in poverty.

Proceeds from the sector, however, would take many years to materialize, experts have warned.