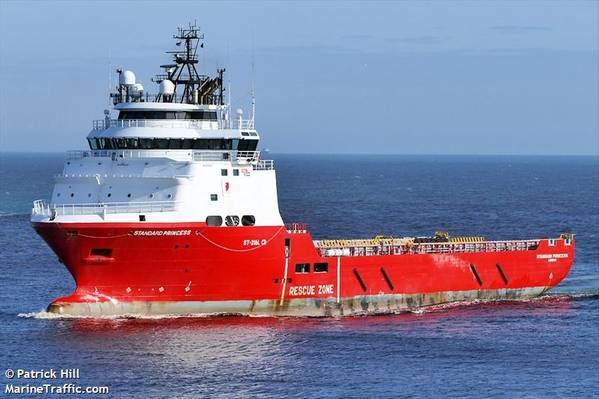 "The proceeds from the vessel and any future divestments of the offshore fleet will be directed towards more liquid investments within Standard Drilling’s core sectors," Standard Drilling said without sharing the identity of the buyer.

According to Standard Drilling, the divestment of the 2008-built, 93.4 meters long, Standard Princess PSV will result in a gain for Standard Drilling of gross USD 2.3 million, compared to the book value end of the third quarter 2021. The vessel is a large Platform Supply Vessel (PSV), built at Aker Brattvaag, Norway with 1,060 m2 deck space.

"The sale will further strengthen the company's cash balance and investment capacity. Standard Drilling has received 10% deposit of the purchase price and the transaction is expected to be completed within January 2022," the company said.

The company earlier this year bought 1% in offshore driller Noble Corp. Earlier this month it said it would vote against Noble's proposed merger with Maersk.

Also, earlier in November, Standard Drilling said it had sold its 33.3% ownership in the VLCC Gustavia S, following the updated company strategy.

The company which in 2013 sold off its offshore drilling rigs, only to return as offshore vessel owner in 2016, in January 2020 entered the tanker market by acquiring a 33.3% ownership in the newly built Gustavia S VLCC.

Now, the company has sold its stake in the 300 000 TDW ECO Design Crude Oil Tanker built by Daewoo Shipbuilding & Marine Engineering Co and fitted with scrubber technology delivered by Wärtsila.

The VLCC transaction valued the vessel at USD 93 million, where Standard Drilling was to receive net proceeds of USD 14.1 million for the company’s equity stake in the vessel and book a loss of USD 0.8 million in the third quarter of 2021.