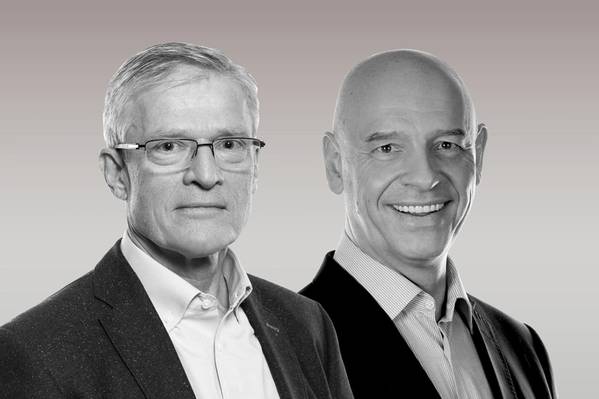 David Wells, CEO of offshore energy and marine consultancy AqualisBraemar LOC will retire at year-end and step down as CEO of the group.

The board of directors has appointed Wells’ co-founder and current COO of AqualisBraemar LOC, Reuben Segal, as the new CEO.

The CEO change takes effect from 1 January 2022. AqualisBraemar LOC offers independent energy and marine consultancy to the global renewables sectors – including offshore and onshore wind, floating solar, and hydrogen – and the maritime and oil and gas industries.

Commenting on the CEO change, Glen Rødland, chairman of AqualisBraemar LOC ASA: “I have worked closely with both David and Reuben since we started our discussions about Aqualis Offshore. Since then, David, Reuben, and the rest of the management team have built up a leading global company within the offshore energy and marine consultancy niche.

"With David not getting any younger, moving Reuben into the COO role in 2016 was part of the long-term succession plan for the CEO role. The board would like to thank David for his excellent leadership, and we look forward to cooperating even more closely with Reuben going forward,” says

"It has been an honor to be able to lead this company for so long. Besides the successful growth, I’m particularly proud of the role we are playing in the global energy transition. We identified very early offshore wind as a high-growth industry, but we also knew that our experience from the offshore oil and gas and maritime industries would be crucial to support our clients in their energy transition drive. I am delighted to deliver on this strategy and that Reuben has accepted the CEO role,” says David Wells.

Segal is a naval architect with global business development experience with a focus on design and construction of offshore assets. He has been the COO of AqualisBraemar LOC since 2016. Before this, he headed up the group’s Middle East operation. He has more than 25 years’ experience in the offshore and shipping sectors, covering both engineering design and ship surveying.

He said: "I very much see my role as continuation of the work David and I have been doing together for the past nine years. In my opinion, most metrics are pointing in the right direction for AqualisBraemar LOC. We continue to improve our operation and our capital efficiency and are excellently positioned in some exciting high-growth industry sectors. We will do everything we can to capitalize on these opportunities,” says Reuben Segal.

Succeeding Segal as COO is another of the Aqualis Offshore co-founders, Dr. Bader Diab. Diab is currently AqualisBraemar LOC’s regional managing director of the Americas region. He is a structural and global performance engineer with 30 years’ offshore engineering experience.