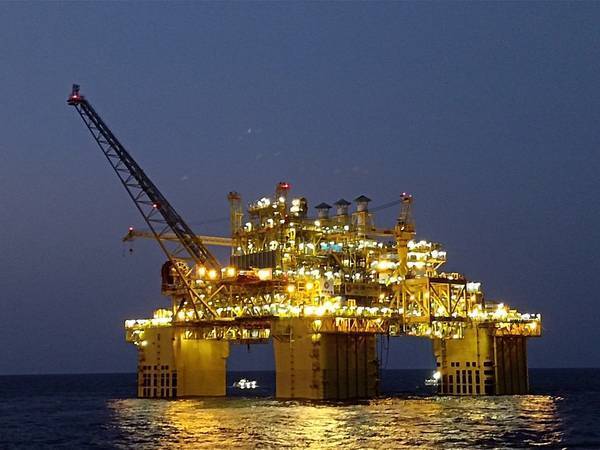 The state oil firm said it is mapping out an emissions-cutting roadmap together with parent company China National Offshore Oil Company under the broad national framework to reach carbon-neutral by 2060.

Speaking to reporters, CNOOC repeated its pledge to allocate 5-10% of spending on green investment, mainly offshore wind power, over the next five years.

Its medium-term goal is to boost natural gas to 35% of total production by 2025 from 21% at present.
"First of all we'll try all means to cut emissions during our production process, such as utilizing onshore power generation for offshore drilling," Chief Financial Officer Xie Weizhi said.

CNOOC Ltd is also working on ways to cut methane emissions together with its parent company which operates oil refining and liquefied natural gas import businesses.

CNOOC is China's largest LNG importer making up over half of the country's global purchases of the fuel.

Xie also said the company hoped its plan to raise 35 billion yuan ($5.47 billion) on the Shanghai stock exchange, an alternative to counter U.S. sanctions that curbed its global financing, could be completed by year-end, though the process hinges on the regulatory process. read more

Total net production rose 9.9% year on year to 144.1 million barrels of oil equivalent, with domestic output up 13% to 100 million boe, as the state major continued to prioritize domestic drilling under a state call to boost supply security.

The domestic output growth came mainly from the Caofeidian 6-4 and Luda 21-2 oilfields as well as its fast-expanding onshore unconventional gas fields, the firm said.