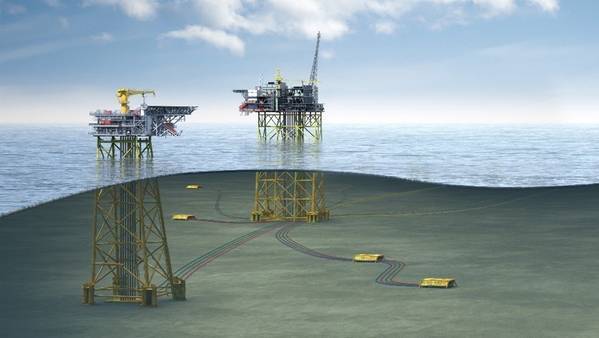 Norway's Aker BP said on Thursday it would increase its dividend payout as third-quarter profits soared on the back of strong oil and gas prices.

Earnings before interest and tax (EBIT) for July-September rose to $849 million from $242 million a year ago, lagging the $868 million expected by analysts in a Refinitiv poll.

"This not only puts us in a favorable position towards piling on our growth ambitions, but also leaves headroom for increasing the dividend level," he said.

The company, controlled by Norwegian billionaire Kjell Inge Roekke and partly owned by BP, increased its quarterly dividend to $0.4165 per share from $0.3124, lifting annualized payouts to $600 million from $450 million previously.

Brokers DNB Markets said it had expected 2022 dividends of $700 million.

"If the company keeps the announced level today through 2022, we would consider it a small negative," DNB wrote in a note to clients.

The company continued maturing its project portfolio, including the NOAKA project in the North Sea where the development concept has been selected, increasing its gross reserves estimate to about 600 million barrels of oil equivalent (boe) from "more than" 500 million boe previously.

The project consists of a cluster of oil and gas discoveries with Aker BP operating North of Alvheim and Fulla (NOA Fulla) and Equinor operating Krafla.

The partners, who include Polish Lotos, plan to make the final investment decision at the end of 2022.

Hersvik said the company saw further "significant" upsides in NOAKA reserves, and was planning to invest in more wells than needed to produce the estimated 600 million boe.

The increase in reserves estimates and a decision to lay a submarine cable to supply offshore platforms with electricity also led to the project's costs increasing to $10 billion from more than $6 billion previously, he added.

NOAKA is a key development for achieving Aker BP's ambition to boost its output to more than 350,000 barrels of oil equivalent per day (boepd) by 2028, compared with 210,000 boepd in the third quarter.

Aker BP's Oslo-listed shares were down 2.4% by 0925 GMT, underperforming a wider European oil and gas index which was down 1.7%.