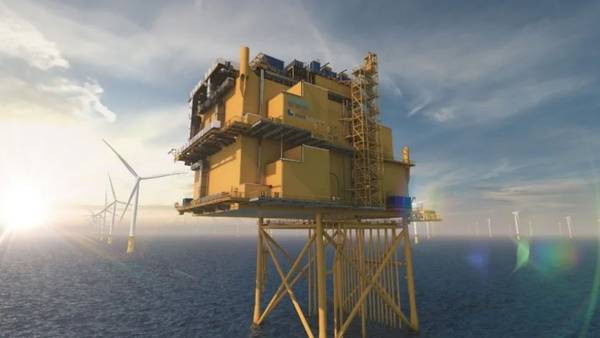 Ørsted and Eversource have awarded Siemens Energy a contract to supply a transmission system for their 924 MW Sunrise Wind offshore wind farm which will power New York State.

The two companies said the deal would make them the first offshore wind companies to utilize high-voltage direct current (HVDC) technology as part of a U.S. offshore wind farm, deploying the efficient transmission system for New York’s Sunrise Wind. This is also the first offshore grid connection project in the United States for Siemens Energy, which will deliver the HVDC system in a consortium with Aker Solutions

HVDC technology offers advantages over AC technology in electricity transmission over long distances. HVDC reduces the number of cables, improves transmission efficiency (e.g., reduces energy lost during transmission), and eliminates the need for additional electrical equipment between offshore and onshore converter terminals. While HVDC technology is currently used in the U.S., it has not been introduced to offshore wind energy until now.

"Sunrise Wind will have an approximately 100-mile submarine transmission cable from energy production offshore to grid connection in Holbrook, New York. Due to its utility-scale 924-megawatt capacity and distance to the grid, Sunrise Wind is well-suited to deploy this technology and take advantage of its benefits, ensuring as much clean energy as possible reaches New York residents," Ørsted said. 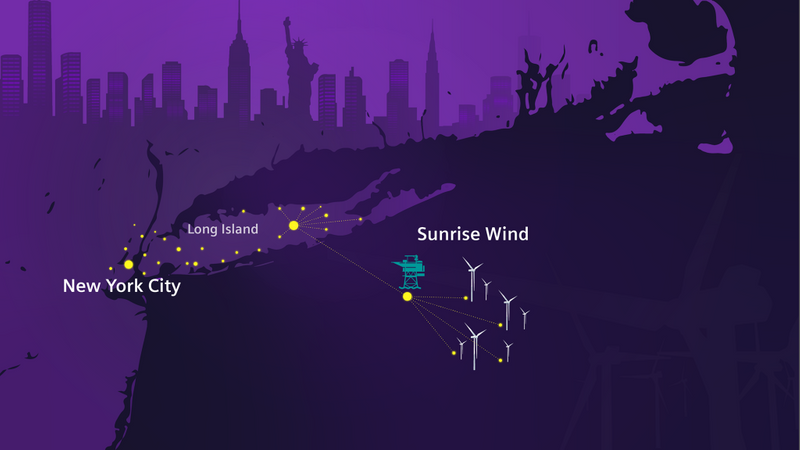 "As the global leader in offshore wind energy, we’re helping to advance the U.S. industry to help achieve the Biden Administration’s goal of 30 gigawatts by 2030,” said David Hardy, CEO of Ørsted Offshore North America. “This includes building the supply chain and manufacturing base, as well as bringing to the United States leading technology that will further improve efficient transmission and build workforce capabilities for this growing American industry.”

The HVDC work is part of Ørsted and Eversource’s overall $400 million investment in New York State to build Sunrise Wind. Portions of the HVDC work, including the onshore converter stations, will be performed by local companies, Ørsted said.

"This will help create jobs and provide additional offshore wind experience to the regions’ workforce that can support a growing industry for decades. In total, Sunrise Wind will provide up to 800 direct jobs during construction, as well as up to 100 permanent full-time jobs servicing the wind farm during operations. In addition, Sunrise Wind is estimated to create up to 2,000 indirect jobs," the Danish offshore wind developer added.

"Together, we’re putting the most advanced transmission technology available to work for our Sunrise Wind project,” said Joe Nolan, President and Chief Executive Officer of Eversource Energy. “The use of this technology allows us to efficiently deliver clean, offshore wind energy to the communities we’ll serve. It also signals that the country is ready to integrate large offshore wind farms like Sunrise Wind into the grid system.”

Sunrise Wind site is located more than 30 miles east of Montauk Point and will generate enough electricity to power nearly 600,000 New York homes. It is expected to be operational in 2025.

“To date, we have connected the offshore grid to the mainland 21 times, bringing more than 12 gigawatts of wind power to households in Europe. The fact that we are now able to proceed with our very first offshore HVDC grid connection project in the United States makes us proud,” said Tim Holt, member of the Executive Board at Siemens Energy. “Carbon-neutrality goals will not be met without wide-scale deployment of renewable energy projects like Sunrise Wind. There will be many more wind projects like this in the U.S. and we are happy to do our part to help provide the country with sustainable power.”