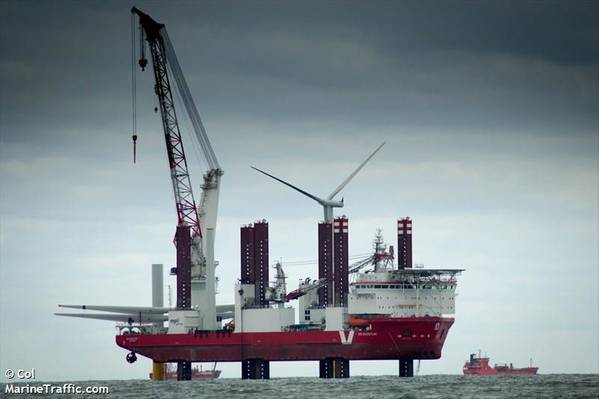 A notice to mariners dated October 18 said that the dropped items were in the water adjacent to MPI Adventure near the wind turbine generator B01, and that debris - glass fiber fragments and part of the blade - had fractured off from one blade, with a potential to reach the shore.

At the time of the report, MPI Adventure was still on site, and arrangements were being made for the deployment of marker buoys.

A Vattenfall spokesperson on Friday confirmed for Offshore Engineer that there had been an incident at the wind farm during planned maintenance:

“An incident during planned maintenance at Ormonde Offshore Wind Farm resulted in components falling into the sea. No one was injured, but we alerted the relevant authorities immediately and we have launched a full investigation. In addition to determining what happened, our attention is focused on ensuring that any debris in the sea or washing up onshore is cleaned up as quickly as possible."

Offshore Engineer understands that the other turbines continue operating as normal, but that the MPI Adventure is still on site, waiting for a survey to be completed before it can move off.

The Ormonde offshore wind farm is located in the Irish Sea, 10 kilometers off Barrow-In-Furness. The wind farm was fully commissioned in early 2012. The wind farm is made up of 30 Repower wind turbines with a total capacity of 150 MW. The turbines, 5MW each, cover an area of 8.7 km2. 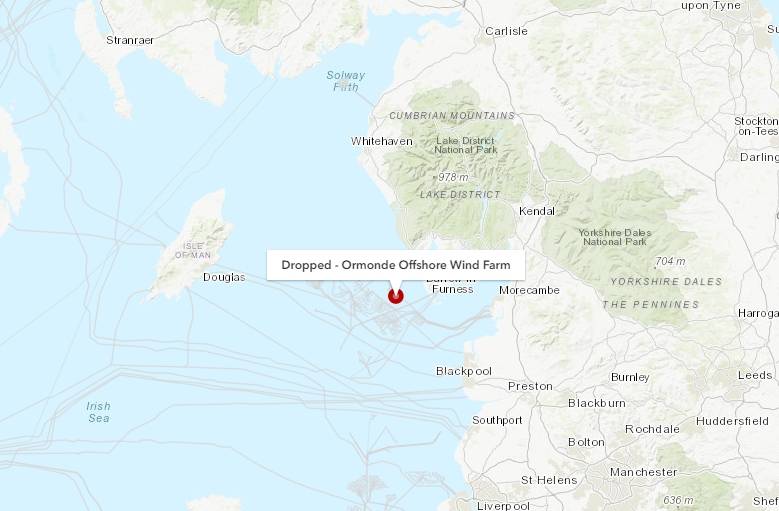 The location of the incident - Credit:kingfisherbulletin.org

A video apparently showing the Ormonde incident has been shared via social media channels. See below:

Vattenfall has also issued an environmental notice regarding the incident. See it below in full:

Unfortunately, some debris fell into the sea following maintenance work at Ormonde Offshore Wind Farm, and a clean-up operation is underway, as well as an investigation into how it happened.

If you find debris which looks similar to the pictures below on the beaches around the neighboring coast please report it to Amy Walker, Environmental Specialist UK by phone 07790 347 865 or email.

Don't attempt to remove the items yourself, but if you can let us know where you have found it and how much there is, our teams will be along to remove it as quickly as possible. The debris is not harmful but it's best not to touch it, just to make sure everyone stays accident-free.

We take environmental protection extremely seriously and are very disappointed that this incident occurred. We are working as hard as we can to get everything cleaned up, and appreciate your help to make sure we get this done as fast as possible.