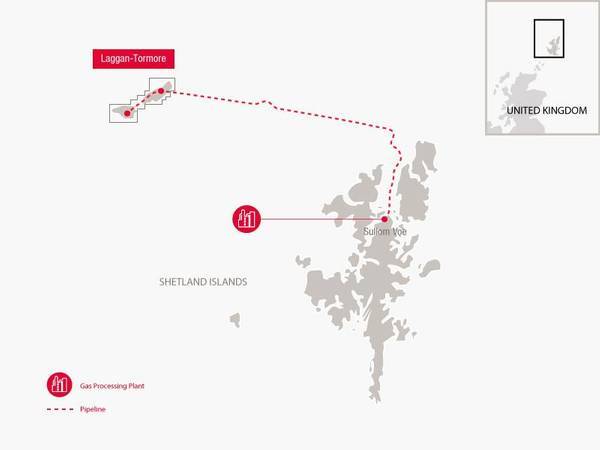 Viaro Energy's subsidiary RockRose has completed the acquisition of several producing assets in the UK North Sea from SSE for £120 million (US$164 million) with an additional contingent payment of £40 million (US$54 million).

RockRose acquired SSE's non-operated share in 16 producing gas fields in three regions in the North Sea: the Easington Catchment Area, the Bacton Catchment Area, and the Greater Laggan Area. The new assets are expected to produce over 15,000 boepd during 2021.

Under the agreement, SSE will continue to provide decommissioning security for the portfolio of assets it is selling and will retain an obligation to pay 60% of the decommissioning costs when they are incurred.

This deal follows Viaro’s acquisition of RockRose Energy for £247 million (US$330 million) in 2020. Viaro later acquired HALO’s interest in The Netherlands in May 2021.

The combined transaction will see Viaro's output hit around 33,000 boepd from more than 36 producing oil and gas fields.

Chief Executive of Viaro, Francesco Mazzagatti, commented: "I am delighted that we have concluded this transaction with SSE and taken this important next step for Viaro, as we build towards our target of producing 100,000 boepd. We are actively pursuing other opportunities and looking forward to announcing further progress in due course."

To remind, Viaro and SSE first announced the sale and purchase agreement in December 2020, when Scotland-based SSE said it had for some time stated its financial investment in E&P assets had been a non-core activity and ultimately not aligned with its strategic focus on reaching net-zero emissions, and that its strategy was to refocus its investment on its core networks and renewables businesses.

SSE last year sanctioned the construction of the giant 1,140 MW Seagreen offshore wind farm, which will be built 27 kilometers from the coastline in Scottish waters of the UK North Sea.

It is also leading the construction of the Dogger Bank wind farm in the UK. The 3.6GW wind farm, being developed in three phases, will be the world's largest offshore wind farm, once fully operational.