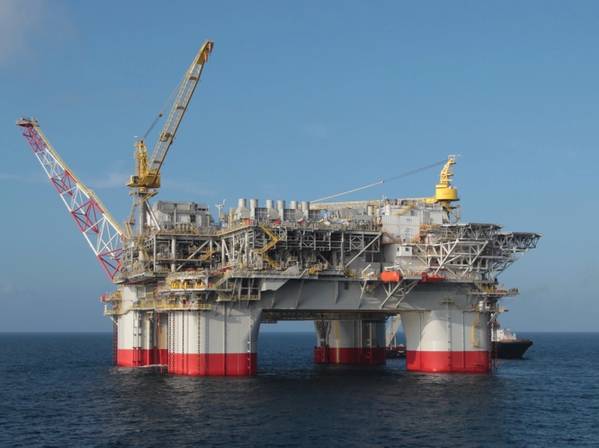 Illustration only - A Chevron platform in the U.S. Gulf of Mexico - (File photo: Chevron; cropped)

Chevron Corp on Monday set a target to cut operational emissions to net zero by 2050, joining a list of energy companies taking steps to reduce their carbon footprint.

The move to cut upstream emissions from its own operations and indirect emissions such as those from power generation comes as investors and governments increase pressure on energy companies to join the fight against climate change.

In June, shareholder Engine No. 1's campaign forced Exxon Mobil Corp, Chevron's U.S peer, to accept new board members who could better exercise oversight over its business strategy and confront the risk of global climate change that many investors say Exxon has long been reluctant to address. (https://reut.rs/3BvXckB)

Chevron's net zero goals do not include greenhouse gases from all fuel products they sell, unlike European oil peers such as Royal Dutch Shell and Italy's Eni. Companies such as Norway's Equinor and Spain's Repsol aim to reduce or eliminate all their emissions by 2050

Emissions of greenhouse gas methane, the biggest cause of climate change after carbon dioxide, are facing more scrutiny as governments seek solutions to limit global warming to 1.5 degrees, a goal of the Paris climate agreement.

Chevron expects to achieve its target through its pivot towards low carbon business including renewables, carbon capture technology and hydrogen.

The oil major, which last month pledged to triple its investments to $10 billion to reduce its carbon emissions footprint, said it aims to cut carbon emissions intensity by more than 5% by 2028 from 2016 levels.

(Reporting by Rithika Krishna in Bengaluru; Editing by Vinay Dwivedi and Shinjini Ganguli)