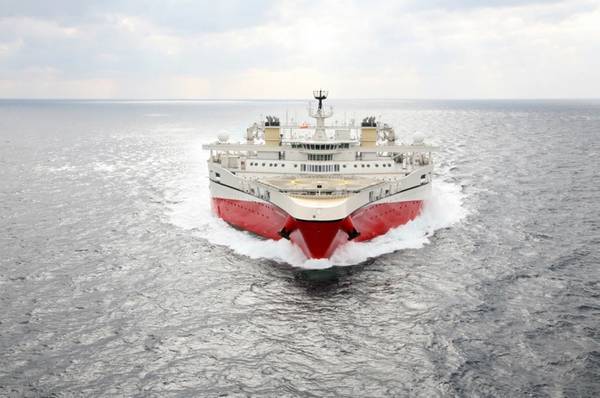 PGS' 104.2 meters long Ramform Tethys seismic vessel is scheduled to start the acquisition during the fourth quarter of 2021, and it is planned to complete in the first quarter of 2022. The vessel is currently docked in Bridgetown, Barbados.

President & CEO in PGS, Rune Olav Pedersen said: "We are very pleased with this contract award by ExxonMobil. We are increasingly familiar with Caribbean waters and have proven the productivity advantage of our Ramform Titan-class acquisition platform and superior data quality provided by our multi-sensor GeoStreamer technology in this prolific exploration area.

Suriname has been dubbed the next offshore oil hot spot, following ExxonMobil's discovery of more than 9 billion barrels of oil equivalent in nearby Guyana.

Explorers in Suriname, including ExxonMobil itself, have been hoping to replicate Exxon's Guyana successes, and have recently to some degree succeeded, with Apache and Total (now TotalEnergies) announcing several discoveries in the past year.

ExxonMobil, as a partner in Petronas-operated Block 52, offshore Suriname, in December 2020 made its first discovery in the country, with the Sloanea-1 exploration well.

Also, the contract with PGS is another piece of positive news for the offshore seismic surveyors this week, after Rystad Energy on Thursday said that utilization in the offshore oil and gas seismic data acquisition sector had reached pre-pandemic levels in the third quarter of 2021.

Rystad, a Norway-based energy industry intelligence firm, said that, after several devastating quarters caused by the pandemic, the seismic fleet’s hibernation is now over, with around 68% of the fleet now surveying or underway, while only one-third remain inactive.

For PGS specifically, Rystad said that the company was close to being fully booked for the current quarter and had good contract visibility for the fourth quarter.

The company recently deployed two of its vessels – the Ramform Atlas and Ramform Titan – to expand its multi-client coverage off Canada. It also sent the Ramform Vanguard to acquire a multi-client survey on the Kraken field in the UK North Sea.

Also, PGS recently wrapped up phase two of the Cote d’Ivoire MegaSurvey and added 9,897 square kilometers of 3D and 24,632 line kilometers of 2D in the Tano Basin off West Africa. In its contract seismic division, the company completed the data acquisition for Lundin Energy and partners in PL 1083 in the Barents Sea off Norway in mid-August using the Sanco Swift and Ramform Hyperion vessels.