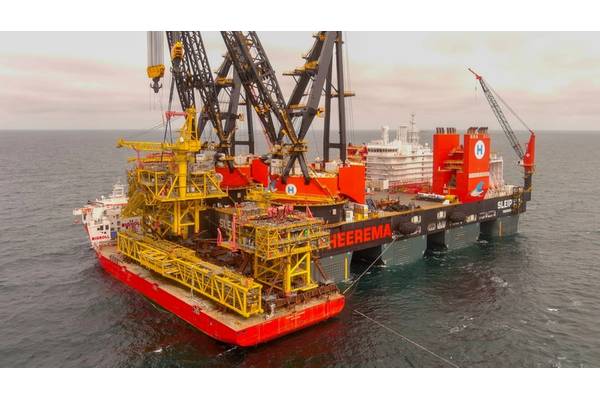 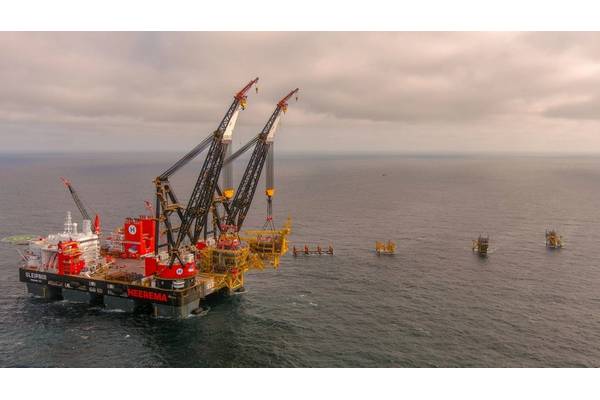 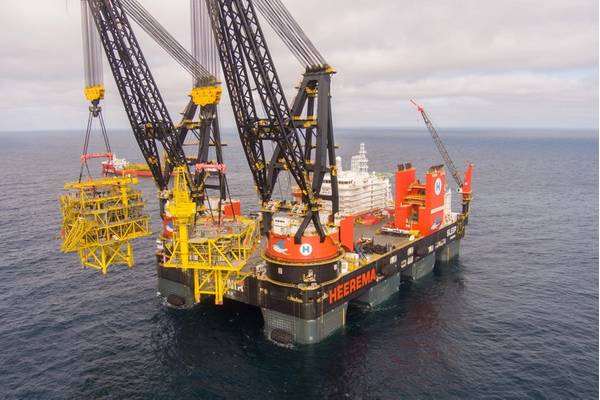 Noreco, TotalEnergies' partner in the project, shared the photos of the installation via social media on Tuesday.

"The world’s largest semi-submersible crane vessel Sleipnir, with an incredible precision, has now lifted off the first new Tyra topside and installed it on the jacket. This is an important step towards what will be a state-of-the-art facility in the North Sea," Noreco said.

The installation took place soon after the three new Tyra East wellhead and riser platforms had arrived at the Tyra field over the weekend.

In a social media post on Monday, Morten Hesselager Pedersen, Vice President, Head of the Tyra Redevelopment at TotalEnergies said that the touchdown took place at 5:40 PM.

"With this topside in place, we finally see the physical contours of Tyra II, which will be the new high-tech hub for Denmark’s natural gas production and reduce CO2 emissions by 30%. The topside was lifted about 50 meters up from the deck of the transportation vessel and installed with incredible accuracy by Sleipnir on the jacket in the dark, wavy North Sea," he said.

"The lifting of the topsides will be followed by an installation period scheduled to take place during September. Progress on the five remaining platforms continues per schedule to meet the first gas date in Q2 2023," Noreco said Monday announcing the arrival of the topsides from Singapore. The new Tyra components were built by Sembcorp Marine.

The Tyra Redevelopment consists of three main elements: Removal and decommissioning of the prior Tyra platforms, reuse, and 13 meters extension of the existing jackets at six platforms that will have new topsides and a new process platform, and a new accommodation platform.

Once online, the redeveloped Tyra will produce enough gas to power 1.5 million homes in Denmark, with production at peak expected at 60000 boepd.