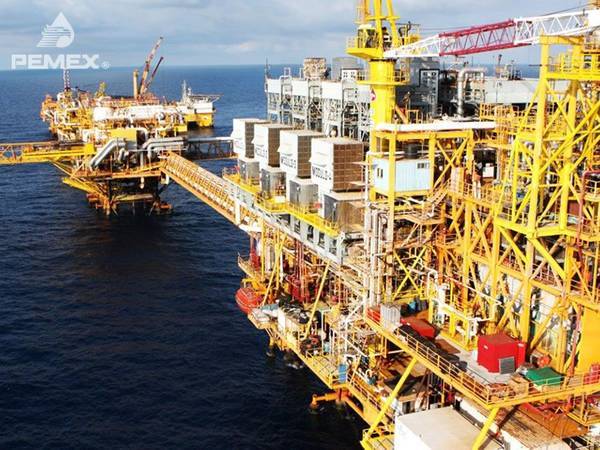 A deadly weekend fire at an offshore platform in the southern Gulf of Mexico operated by Mexican state oil firm Petroleos Mexicanos (Pemex) could have been caused by a gas leak, Pemex's chief executive said on Wednesday.

Five workers were killed, two are missing and six were injured in the fire on Sunday on the offshore platform that is part of Ku-Maloob-Zaap in the southern Gulf of Mexico, Pemex's most productive oil field.

"This is preliminary because they are doing the analysis to know in detail what happened, but it is presumed that there was a gas leak at the time that maintenance work was being carried out on this platform," Pemex CEO Octavio Romero said in an interview with local journalist Carmen Aristegui.

Scorched remains found in a control room may belong to two people who were missing after the fire, Romero said. DNA samples from relatives were being used to help identify the remains.

The accident knocked 125 wells offline, totaling 421,000 barrels per day (bpd) of lost output, or about 25% of Mexico's total production.

The loss was equal to about $25 million per day from the sale of crude, "a very important amount," Romero said.

Pemex has so far recovered 71,000 bpd of production and in the next few hours expects to add an additional 110,000 bpd.

Romero said on Tuesday that Pemex expects to fully resume by Aug. 30 all oil production shut down by the fire.