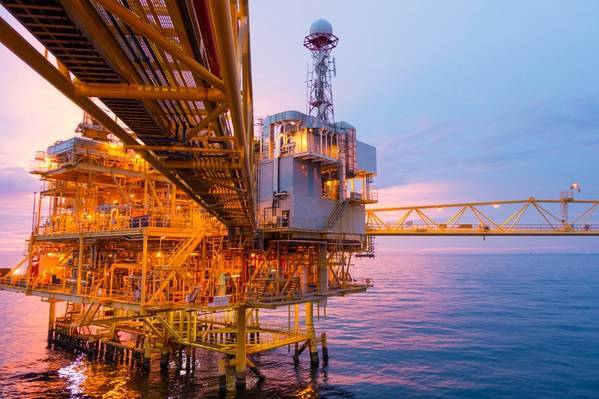 Thai oil and gas company PTT Exploration and Production Pcl (PTTEP) said last Thursday it had not yet been able to reach an agreement with Chevron about accessing the Erawan gas field in the Gulf of Thailand before it takes over the concession from the U.S. oil major next year.

State-backed PTTEP had wanted to access the field this year to set up operations in preparation for starting production there next year.

Transitions between concessions on oil fields are often collaborative, but delays in talks between PTTEP and Chevron come amid a dispute between Chevron and the Thai government over who should pay for removing offshore assets in the gas field.

"We have not received an official reason, but talks have resumed and we hope for a conclusion," Maylada Chayavadhanangkur, head of PTTEP's Erawan (G1/61) transition team told reporters.

“We don't know if they are connected,” Maylada said when asked if the access issue was related to Chevron's dispute with the Thai government.

A Chevron spokesperson said in an e-mail to Reuters that it would continue to engage with PTTEP and the Department of Mineral Fuels (DMF) on solutions to support the transition with progress made in activities such as facility and operation transfer.

Thailand's DMF did not respond to a request for comment.

PTTEP, a unit of state-owned PTT Pcl, had planned to conclude an access agreement last year and will now probably have to postpone plans to next year when its concession begins, Maylada said.

Negotiations are ongoing, however, and the company hopes for clarity within the next two months when it could still start preparations.

“We have this and next month - and then March-April next year because we cannot do these things during monsoon season due to safety concerns,” she said.

PTTEP’s plan was to setup eight platforms and pipes in the first quarter of 2021, then begin drilling by the second quarter to add production capacity.

“We were preparing so that on the first day we can produce 800 million cubic feet of gas per day (MMSCFD) right away,” she said.

Under the new concession terms with the Thai government, PTTEP must deliver 800 MMSCFD.

Chevron, which lost out to PTTEP in an auction in 2018 for the new concession, has operated the Erawan field for decades.

PTTEP expects the field to have a capacity of 500 MMSCFD when Chevron relinquishes its concession and the Thai company has said it would find other sources, including the Bongkot and Arthit fields if Erawan could not reach 800 MMSCFD due to the delays.

Chevron's dispute with the government centers on Thailand's request that Chevron pay the full decommissioning costs of around $2 billion for assets in the Erawan gas field, including those it will hand over to PTTEP.

Chevron argues that, under the terms of its initial contracts from 1971, it is only liable for infrastructure that is no longer deemed usable and the transferred assets are the responsibility of the new operator.