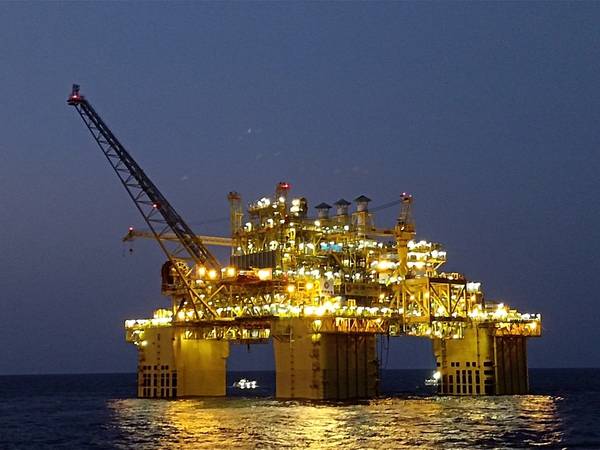 Dubbed Shen Hai Yi Hao, the platform is formally commencing production after being installed at the Lingshui (LS) 17-2 gas field in the South China Sea following an announcement by Wang Dongjin, the chairman of its operator China National Offshore Oil Corporation (CNOOC) which is China's largest producer of offshore crude oil and natural gas. CNOOC estimates the Lingshui 17-2’s reserves at about 136 billion cubic metres (BCM) of recoverable gas.

“The Shen Hai Yi Hao is a world first and we are enormously proud of all the team who have worked so hard on this complex and demanding project with our partners CNOOC and COOEC,” he said. “She is designed to the highest standards so she can operate for 30 years without dry docking for maintenance.  She is capable of withstanding extreme environmental conditions. The maximum displacement is 110,000 tons, equivalent to three medium-sized aircraft carriers.”

“This is the first FPSO to have condensate oil storage in the four semi-submersible columns with a maximum storage capacity of nearly 20,000 cu. m.; the largest span of the semi-submersible truss-type topside in the world of up to 49.5m and the first wet in-dock semi-stool assembly technology conducted on land. Meanwhile, 13 domestic initiative technologies have been applied practically, and her construction speed has set a new world record among the same type of platforms.”

The SHEN HAI YI HAO’s topsides are made of 23 deck blocks, 200 oil and gas processing facilities units and living quarters for up to 120 people. The platform will be anchored to the seabed in water depths of between 1,220 and 1,560 m via 16 anchor piles, while the project also features a polyester mooring system and SCR, as well as a 95-kilometre subsea pipeline. Lingshui 17-2 is being exploited by an 11-well subsea production system, with one manifold in the west and three in the east of the field, all tied back to the semi-submersible production platform. 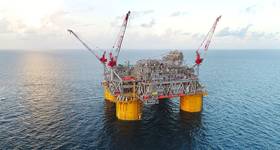