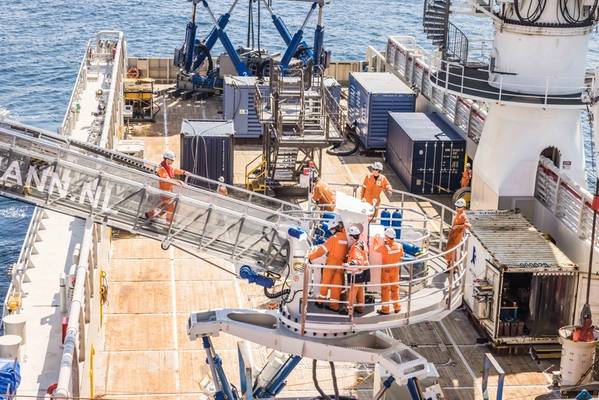 According to Ampelmann, the latest version of the A-type has seen its traditional hydraulic power train replaced by electric regenerative actuation, decreasing its energy use by more than 80%.

The gangway requires fewer resources to operate compared to its hydraulic-powered counterpart and is 40% lighter, which makes the system suitable for smaller and lighter vessels and allows for higher vessel speeds.

"This shift in technology does not only contribute to more environmentally friendly operations but also makes the system significantly lighter, smaller in deck footprint, and even quicker to mobilize," Ampelmann, which leases its gangways to offshore vessel owners, said. 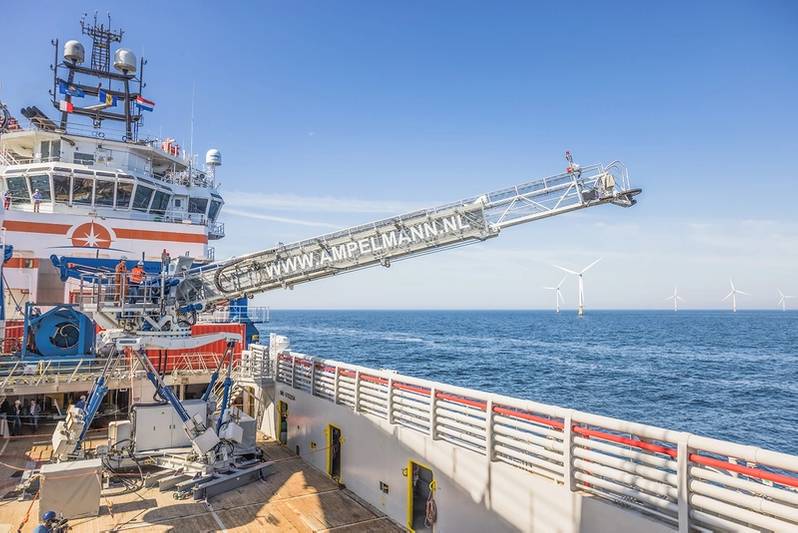 “With the implementation of electric drives, large heavy components of the hydraulic system became redundant, including the 20ft power pack container,” said Diederick Nierstrasz, Business Developer at Ampelmann. “Clients can expect the same capabilities as the non-electric A-type system, with an even higher reliability and ease of use.”

Additionally, Nierstrasz explains that the electric drives have improved the gangway's accuracy and response time, while also eliminating the noise and vibrations the hydraulic-powered system used to produce.

Ampelmann further said that it has been cooperating with the Dutch shipbuilder Damen in the space of the offshore crew change market.

The company's S-type, a newly designed system based on the technology of the electric A-type, is to be deployed on Damen’s new 7011 Fast Crew Supplier in Q3.

"The system, due to its improved specifications, is essential to the performance of the crew change operation. The new vessel is designed for a sailing speed of 40 knots, combined with a safe transfer of people in sea states up to 3m Hs in DP-mode. The combination of high transit speed and a high workability for people transfer makes this vessel a true game-changer for the marine crew change market," Ampelmann said.