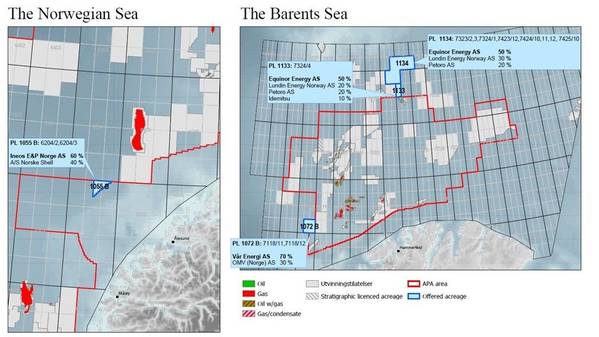 Norway has awarded four exploration licenses to seven oil companies that include three for the Barents Sea in the Arctic in a sign that the country aims to continue to pump hydrocarbons for decades to come.

The awards were part of Norway's so-called numbered licensing rounds that cover previously unexplored frontier areas of Norway's continental shelf, expanding the geographical reach of its oil and gas industry.

"This is important for employment and value creation in the Norwegian oil and gas industry," Minister of Petroleum and Energy Tina Bru said in a statement.

The fourth new exploration permit in the 25th licensing round is located further south, in the Norwegian Sea.

Norway's plans to continue with exploration in the Arctic and elsewhere have been criticised by environmentalists who say they contradict the Nordic country's international pledges to reduce greenhouse gas emissions.

Earlier this month, climate activists asked the European Court of Human Rights (ECHR) to rule against Norway's plans for more oil drilling in the Arctic, arguing the country's exploration deprives young people of their future.

The ECHR has not said whether it will take up the environmentalists' case or not.

Equinor received stakes in two of the permits, and will be the operator for both. Eni's Vaar Energi and Ineos E&P will each operate one licence.

Royal Dutch Shell, Idemitsu, Lundin Energy and OMV also received stakes in the same blocks, but will not be operators.

The 25th round was announced after the Norwegian parliament agreed on an updated plan for the Barents Sea development, redrawing limits for the oil industry's northernmost expanse.

The latest round did not attract as much interest as the previous two rounds, however, with 11 companies seeking acreage in the 24th round in 2018 and 26 companies in the 23rd round in 2016.

Norway has conducted numbered licensing rounds since the mid-1960s.

In addition to its numbered rounds, Norway also makes annual awards in what it calls mature areas, adding acreage around existing oil and gas fields or search areas.

Norway is western Europe's largest oil and gas producer with a daily output of around 4 million barrels of oil equivalent. 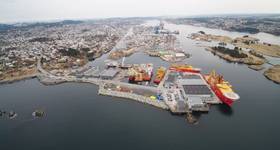