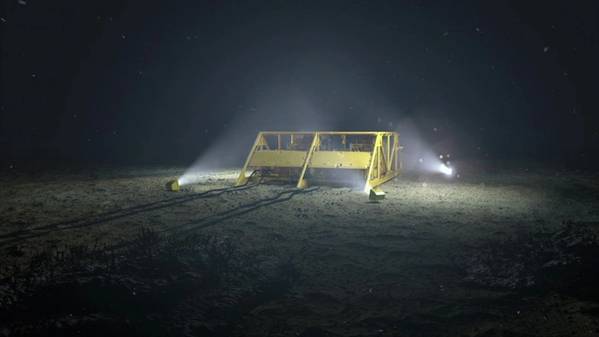 A tax package to support Norway’s oil and gas industry as Covid hit looks set to yield “a wave of developments and projects” adding up to investment worth NOK350-400 billion ($41-47 billion) and equivalent to one and a half the size of the Johan Sverdrup field, an event heard Thursday morning (June 17).

Kalmar Ildstad, Norwegian Petroleum Directorate, Director of License management, told the Underwater Technology Conference (UTC), that the tax package, passed by the Norwegian government last year, provided a strong financial incentive to operators to submit development plans by a deadline of the end of 2022.

"We are facing a wave of developments and projects. We see up to 50 projects aiming for investment decisions by 2022,” including field developments, brownfield projects, and power from shore projects, he told the event, organized by the Underwater Technology Foundation and GCE Ocean Technology in Bergen.

"These are projects we should and would have seen regardless of the tax package,” he says. “But without it, we expect several would have been postponed.”

The investment will come following a positive year in 2020, he said, with 90 fields in operation, 11 wildcat wells drilled resulting in six discoveries, and 10 fields currently under construction.

Much of this is likely to be subsea projects, he says, as a majority of undeveloped discoveries are within 40km of existing potential host facilities, and this comes on the back of a trend where over the last two years 80% of wells drilled have been less than 30km from existing infrastructure.
But there are challenges, Ildstad says. Projects must be sufficiently matured before investment decisions are made.

“No hasty decisions should be made to reach the deadline,” he says and companies must always choose solutions that provide the highest social and economic value.

We also need to avoid overheating the market, he adds; companies must have a longer-term perspective than just 2022.

Subsea technology will play a big role, he says, citing examples from Norway’s first subsea project in 1980, by Elf at Frigg, through to the Asgard subsea compression project, which has increased recovery at Asgard by the equivalent of one and a half Edvard Grieg fields, he says.

Today, the Ormen Lange field partners are working on a subsea compression project to increase recovery there by 11% - a development plan is expected to be submitted this autumn, he says.

Other new technologies are also enablers, such as subsea water treatment and new digital technologies to help deal with vast amounts of data, including supporting 4D seismic to improve subsurface understanding.

But, he says, there’s also life on the NCS beyond oil and gas with new potential industries in marine mineral mining, as well as offshore wind, carbon capture and storage, fish farming, and even hydrogen production from natural gas.

“Oil and gas will be needed for many decades to come, despite the future decline in their contribution to the energy mix, and their revenue can help us transition to a low emission society,” Ildstad says. “We are expecting continued high production through to 2030. Subsea technology will be essential in achieving this.”