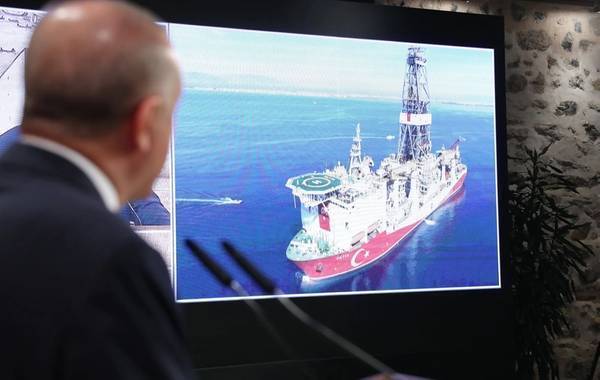 Turkish President Tayyip Erdogan said late on Tuesday he would announce "good news" regarding natural gas reserves in the Black Sea on Friday.

In one of the world's biggest finds last year, Turkey said it discovered 405 billion cubic meters of natural gas in the Black Sea's Sakarya field, about 100 nautical miles north of the Turkish coast.

Speaking at an interview on state broadcaster TRT Haber, Erdogan said he would make the announcement during an opening ceremony in the Black Sea province of Zonguldak, where he said he would have a video link with Turkey's Kanuni drillship.