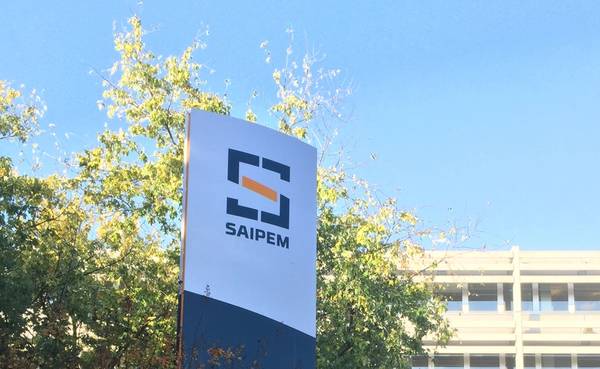 Italian energy service group Saipem said it was unable to update its outlook for the year due to uncertainty over a project in Mozambique as it missed first-quarter expectations.

"Evaluations in close cooperation with the client are underway to preserve the value of the project," Saipem Chief Executive Stefano Cao said on Wednesday, during a conference call on results.

At 4 billion euros ($4.8 billion), the Mozambique contract is the biggest in Saipem's order book, with some 1.4 billion euros of work expected from April 1 to the end of the year.

"Given the higher uncertainty around the project, the company has not provided an update on 2021 guidance, but consensus numbers will have to fall materially to reflect the re-phasing of the project," Citi said in a note.

In February Saipem said it expected adjusted core earnings this year to be similar to last year.

In the first three months, Saipem posted a net loss of 120 million euros - better than the loss a year earlier but below a Refinitiv estimate for a loss of 75 million euros.

Saipem, a leader in subsea exploration and construction (E&C), has been hit by global lockdowns caused by the pandemic that have throttled demand for oil and gas, prompting oil majors to slash investment and defer projects.

"The results of the first quarter have inevitably been conditioned by the general economic situation..., the slowdown in E&C activity in some projects and recent events in Mozambique," Cao said.

Cao is due to be replaced by Saipem's chairman Francesco Caio after a shareholder meeting at the end of this month.