Biden Administration Aims for US Leadership in Offshore Wind -Official 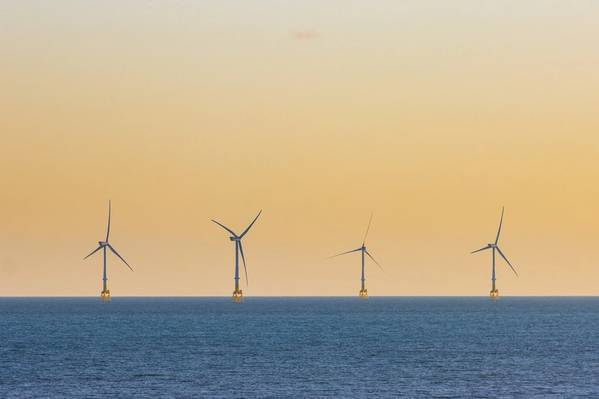 The Biden administration aims to transform the United States into the world’s leading producer of energy from offshore wind after years of lagging behind Europe, a senior official said on Wednesday.

President Joe Biden’s cabinet earlier this week unveiled a plan to boost the industry that promised new acreage, faster permitting, and billions of dollars in financing - part of his sweeping plan to fight climate change by decarbonizing the economy.

“The distinction now is that we have a president and an administration that is really harnessing this opportunity to fight climate change and to create good paying union jobs,” Amanda Lefton, director of the U.S. Bureau of Ocean Energy Management, said in an interview. “We will soon be leading in this industry.”

BOEM is the division of the Interior Department in charge of offshore energy leasing.

The administration’s plan this week set a goal to deploy 30 gigawatts of offshore wind energy by 2030, enough to power 10 million homes. That is a major increase from the two tiny commercial wind farms the nation currently boasts.

Europe, by contrast, has more than 20 GW of capacity and plans to expand that more than ten-fold by 2050.

The plan would seek to create a domestic supply chain to support the industry and provide tens of thousands of jobs, including for workers that usually support oil and gas exploration in the Gulf of Mexico, Lefton said.

“We have an industry in the United States that knows how to do energy development in the Outer Continental Shelf,” she said.

She added that components in one of the nation’s two operating offshore wind farms came from a firm in Louisiana that supplies the oil and gas industry.

The administration has been criticized by oil and gas producers and Gulf Coast officials after Biden ordered a freeze of new federal drilling leases to conduct a review balancing the program’s economic benefits against its environmental costs.

They argue the pause, which is widely seen as a precursor to a permanent ban, will crush jobs and slash state revenues.

U.S. offshore oil and gas leasing operates on a five-year schedule overseen by BOEM, and Lefton said the administration’s review would help determine the future of the program. The current five-year program goes through 2022.

BOEM this week said it had identified new areas for potential wind development off the coast of New York, and Lefton said the agency hoped to establish similar areas in the Pacific Ocean “within this year.”

Once those areas are established, specific lease sites are determined and undergo environmental reviews before they are offered to developers at auction.