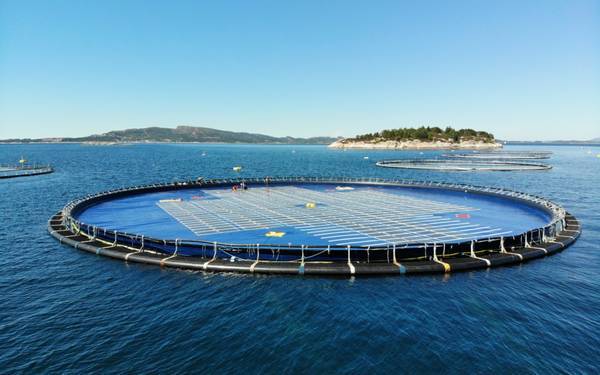 Børge Bjørneklett, CEO and founder of Ocean Sun said: “We are pleased to enter this collaboration with one of the most well-reputed business families in Greece. MP has a strong team and a good plan to realize utility-scale floating solar in the region. The Alafouzos family has an impressive track record of successful businesses and we are honored to have them as ambassadors, developers, and enablers of Ocean Sun floating PV systems” – Says

“Floating solar is an excellent fit for the energy markets in Greece and Cyprus, with good irradiation, water resources, and a commitment from authorities to push for the renewable energy transition. Ocean Sun has a world-leading solution for floating solar with its low capex and high- power output. In addition, the seaworthiness of the system enables deployment along our widespread shores and island communities," says Yiannis Alafouzos, Chairman of MP Quantum Group

Being two of EU’s most southern countries, Greece and The Republic of Cyprus have excellent solar irradiance which provides good yield for solar power investments, Ocean Sun said.

Further, Ocean Sun said, Greece’s National Energy and Climate Plan (NECP) has established ambitious renewable energy targets highlighting plans for 35% of the energy to be derived from renewable energy sources (RES) by 2030 and to phase-out lignite-based energy production by 2028.

As cited by Ocean Sun, according to HELAPCO, a non-profit organization representing the major Greek PV companies, this implies an average of 400-500 megawatts (MW) of installed PV capacity per year until 2030. With long coastlines, islands, and inland water reservoirs, this provides an excellent fit with floating solar, Ocean Sun said.

According to Ocean Sun, the license agreement with MP allows MP to develop floating solar using Ocean Sun’s proprietary technology in the region and sets the contractual framework for such projects.

"The intention of the parties is to develop utility scale floating solar, both on inland reservoirs and for ocean applications. A comprehensive plan for penetration of the market has been developed and MP is actively working with permits for a larger project. First phase of the collaboration is a pilot system, for which permits shall be acquired within 2021," Ocean Sun said.