"The two companies have agreed to jointly work to mature early-phase prospects in Sweden. The companies intend to establish a 50-50 joint venture with an ambition to realize multiple Swedish projects with a combined capacity of several gigawatt," Aker Offshore Wind said.

“Working with Hexicon presents an opportunity to actively take part in shaping the Swedish offshore wind market, and to support the country’s energy transition towards net-zero,” says Astrid Skarheim Onsum, Chief Executive Officer of Aker Offshore Wind. “In Hexicon, we see a strong cultural fit and a partner with complementary skillset in local project development.”

Stockholm-based Hexicon was founded in 2009 and has an experienced team that is developing floating offshore wind projects with other established industry partners in countries such as Korea and Scotland.

To remind, the Swedish firm recently teamed up with engineering and construction firm Bechtel to demonstrate innovative twin-turbine floating offshore wind technology for large-scale floating power generation projects off the coast of the U.K.

Offshore wind in Sweden is an early-stage market with large potential, and Hexicon is the only dedicated floating wind developer in the domestic market, Aker Offshore Wind said.

"As a Swedish company, we want to take an active part in the domestic energy transition. Sweden has large energy needs, and the Swedish industry is dependent on a stable energy supply,” says Marcus Thor, Chief Executive Officer of Hexicon. “Together with the great team at Aker Offshore Wind, we will be able to accelerate the work to develop Sweden’s first floating wind projects.”

Both parties are technology agnostic for the purposes of the project and will work together to identify the optimal technology solutions for each project, the companies said.

The Swedish offshore wind market is expected to grow, as the country implements plans to boost renewable energy generation and reach ‘net zero’ greenhouse gas emissions by 2045. Sweden aims to phase out nuclear power, which currently accounts for 40 percent of the energy mix, to be replaced by renewables. At the same time, energy demand is increasing from population growth, electrification of infrastructure and industry. 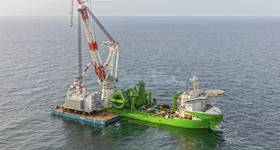 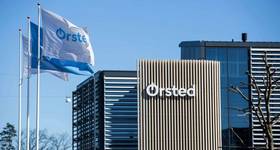