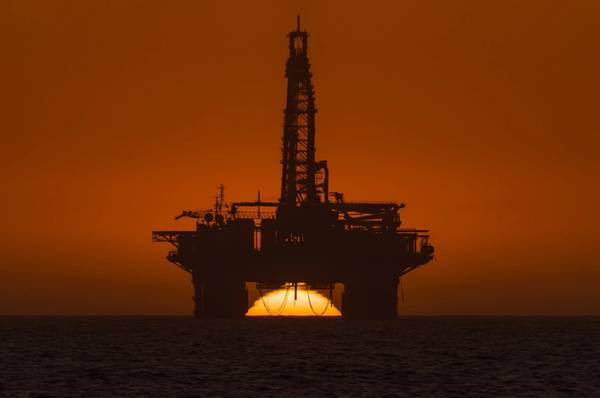 An Italian court acquitted Royal Dutch Shell and Italy's Eni on Wednesday of corruption in one of the oil industry's biggest court cases centered around the acquisition of a Nigerian oilfield in 2011.

Italian prosecutors alleged that most of the $1.3 billion purchase price for the licence for the offshore oilfield known as OPL 245 was siphoned off to politicians and middlemen.

Shell and Eni and the managers accused in the Milan court case, including Eni Chief Executive Claudio Descalzi, have all denied wrongdoing.

Below are some of the main events that led to the trial and other legal actions that have arisen from the award of OPL 245:

April 1998: The Nigerian government awards OPL 245 for $20 million to Malabu Oil and Gas. Court documents later show Malabu is owned by Dan Etete, who was oil minister at the time, and people close to former military ruler Sani Abacha.

May 2002: Shell informs Malabu that its contracts have been frustrated by the revocation of the licence.

May 2002: Shell is awarded 40% OPL 245. It starts exploration and appraisal work and later signs a production-sharing deal with the Nigerian National Petroleum Corporation (NNPC). Under the deal, Shell Nigeria Ultra Deep (SNUD) agrees to pay a $209 million signature bonus, which is placed in an escrow account pending a resolution to the Malabu dispute.

August 2002: Shell commences arbitration at the International Court of Arbitration (ICC) against Malabu under the terms of the March 2001 agreement.

November 2006: Malabu reaches a settlement with the Federal Government of Nigeria (FGN). Malabu agrees to pay $218 million to FGN in return for the licence being fully reinstated to Malabu. Malabu subsequently fails to pay.

April 2007: Shell launches arbitration against the Nigerian government for "wrongful expropriation" of its rights.

August 2007: The FGN promises compensation to Shell in the form of a new prospecting licence in other blocks, worth the equivalent of 50% of OPL 245. Shell rejects the offer.

December 2010: Mohammed Abacha, son of the former ruler, launches a legal challenge arguing that Etete pushed him out of his partial ownership of Malabu.

2010: Eni enters talks with Malabu and Shell to buy a stake in OPL 245. Malabu turns down the Eni and Shell offers. Nigeria's attorney general, petroleum and finance ministers and NNPC officials work to negotiate a settlement.

May 20, 2011: The $1.092 billion is placed in an escrow account opened by the Nigerian government with U.S. bank JP Morgan. In August, $875 million is transferred to bank accounts in the name of Malabu.

2011: Key issues related to OPL 245 emerge in two civil suits https://www.reuters.com/article/eni-shell-nigeria-corruption/rpt-dont-neglect-to-pay-the-middleman-how-shell-and-eni-ended-up-on-trial-idUSL5N1SS0JM filed soon after the 2011 deal by a Nigerian and a former Russian diplomat who say they were owed millions of dollars by Malabu for arranging meetings with Shell and Eni.

2014: Nigeria's House of Representatives votes to cancel the OPL 245 deal, calling it contrary to the laws of Nigeria.

2014: Eni is told Milan prosecutors are investigating the company and managers, including Descalzi, for alleged corruption over OPL 245. The inquiry is wrapped up on Dec. 22, 2016.

February 2016: A Dutch anti-fraud team raids Shell's headquarters in The Hague as part of its investigation into the OPL 245 deal.

December 2017: The Federal Republic of Nigeria files a case at London's High Court against U.S. bank JP Morgan alleging negligence for its role in transferring the $875 million to Etete's Malabu. JP Morgan has said it considers the allegations "unsubstantiated and without merit".

May 2018: The main trial in Milan starts. Descalzi, former Shell exploration chief Malcolm Brinded and 11 other defendants, as well as the two companies, are accused by prosecutors of paying bribes to secure OPL 245. All deny wrongdoing.

September 2018: As part of the Milan trial, Emeka Obi and Italian Gianluca Di Nardo, two middlemen in the OPL 245 case, are found guilty of international corruption and each given four-year jail sentences. Obi and Di Nardo appeal.

March 2019: Dutch prosecutors say they are preparing criminal charges against Shell over OPL 245.

April 2019: A Nigerian judge issues arrest warrants for Dan Etete, another former minister and an Eni manager over the sale of OPL 245

July 2020: Italian prosecutors ask a Milan court to fine Eni and Shell 900,000 euros ($1.1 million) each and some current and former executives, including Descalzi, to be jailed. They also ask that $1.092 billion, the equivalent of the alleged bribes, be confiscated from all the defendants.

October 2020: Descalzi's lawyer tells a Milan court he should be acquitted of corruption in the OPL 245 case since there is no evidence to support the charges.

November 2020: A London judge rules that the Nigerian lawsuit against JP Morgan can go to a six-week trial at the first available date after Nov. 1, 2021.

March 17, 2021: Milan court acquits all the defendants in the Italian trial.