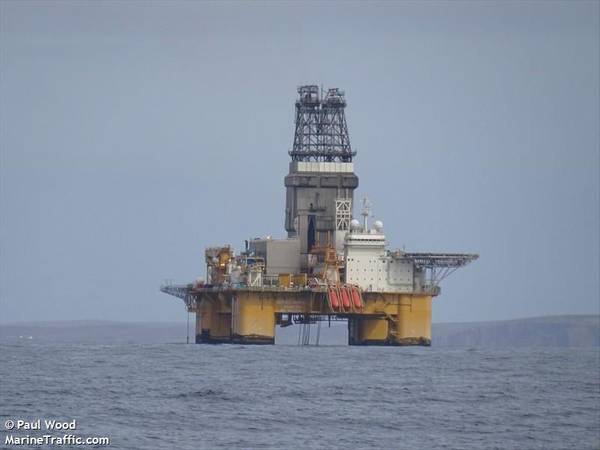 Oil company Wintershall Dea has obtained a drilling permit for the well 6406/3-10 A in the Norwegian Sea.

The well will be drilled using Odfjell Drilling's Deepsea Aberdeen semi-submersible drilling rig, after the completion of the drilling of wildcat well 6507/4-2 S also for Wintershall Deain production licence 211, the Norwegian Petroleum Directorate, which granted the permit, said Tuesday.

The drilling program for well 6406/3-10 A relates to the drilling of an appraisal well in production licence 836 S, where Wintershall Dea is the operator with an ownership interest of 40 percent.

The well will be drilled about 8 kilometers west of the Maria field in the Norwegian Sea and 200 kilometers north of Kristiansund.