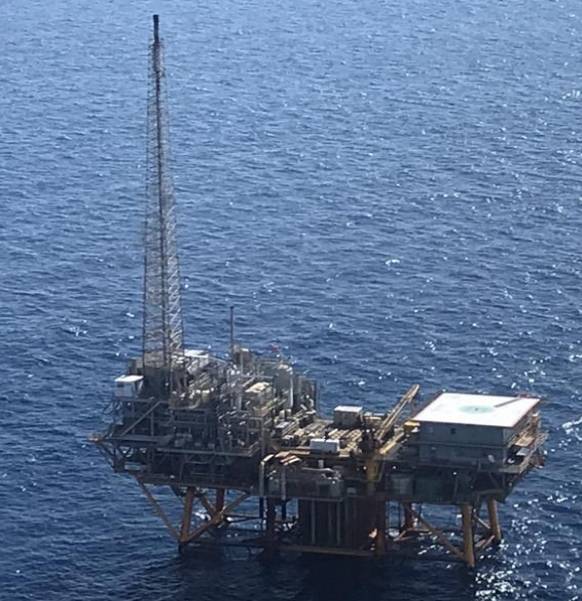 The U.S. offshore safety regulator BSEE has found several probable and possible causes - including communication breakdown, poorly maintained walking surfaces, and inadequate barricade installation - behind a fatal 2019 incident in which a Wood Group worker aboard Renaissance Offshore's Gulf of Mexico platform fell into the ocean through a rusty grating and was never recovered.

The incident in which a night shift production operator employed by Wood Group Production Services died, happened on May 29, 2019, aboard the Renaissance Offshore, LLC Eugene Island 331 “B” Platform in the Gulf of Mexico, about 170 miles southwest of New Orleans.

Less than 24 hours prior to the incident, a single section of severely corroded and deteriorated grating, posing a walking and working surface hazard, was identified on the north side of the well bay by the Renaissance area supervisor, which said that the grating section felt “spongey” underfoot. Upon examination, he found that bearing bars at one end of the grating section had deteriorated. 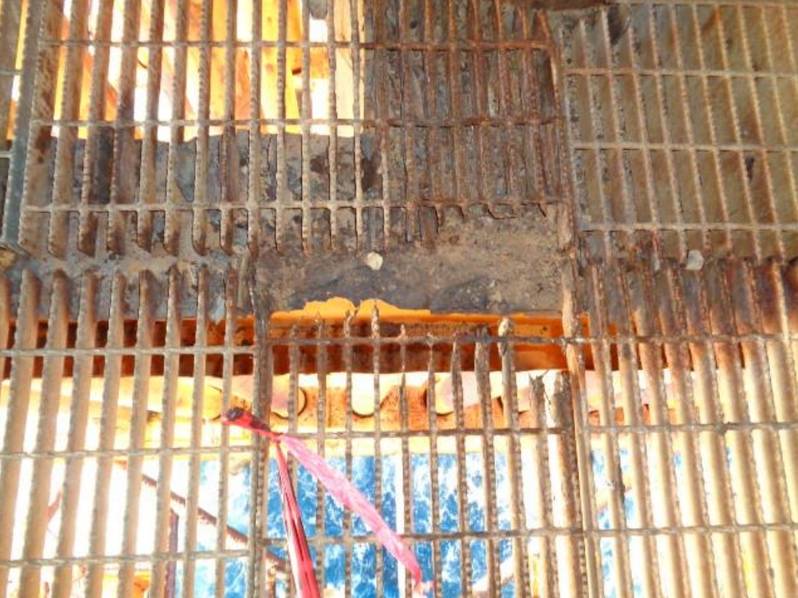 The supervisor informed other supervisory personnel and returned to the section of the hazardous grating to assess the severity of the corrosion by striking it with a “small sledgehammer."

A strand of red “DANGER” marking tape, indicating immediate or foreseeable life-threatening hazard, was then affixed directly to the hazardous grating section and another strand was affixed and suspended from a nearby metal post to a process pipe, at the north perimeter of the wellbay, with a decision made "that the section of hazardous grating would be replaced the next morning."

A work order titled “Grating at well bay not on H-beam” was also created and assigned the top priority classification of “urgent.”

However, BSEE said that no additional actions were taken by supervisory personnel to warn or otherwise notify the remaining personnel on the facility of the identified and uncorrected life-threatening hazard, nor were any steps taken to isolate and prevent personnel from physically accessing the hazardous grating section in the danger area.

On the fatal night, the Wood Group production operator was performing assigned monthly casing pressure checks. The victim was supposed to check-in with the safety officer via phone or e-mail at specified two-hour intervals (2400, 0200, and 0400) throughout the night shift.

Under the procedure, the offsite safety officer was required to immediately initiate a Search and Rescue (SAR) effort in the event a required check-in did not occur within 15 minutes of a specified interval.

"The victim only completed the 2400 check-in, via email, at the start of the night shift," BSEE found.

"The lead PO called for the victim on the facility intercommunication system. The victim did not respond so the lead PO went to look for him. The lead PO discovered that the previously identified and uncorrected hazardous grating section had been displaced and was suspended in the resultant open hole.

"The open hole measured approximately 14½ by 40 inches and is approximately 45 feet  [13.7 meters] above the water’s surface. The victim’s hard hat, wrench, and clipboard were observed on the deck near the open hole," BSEE report reveals. 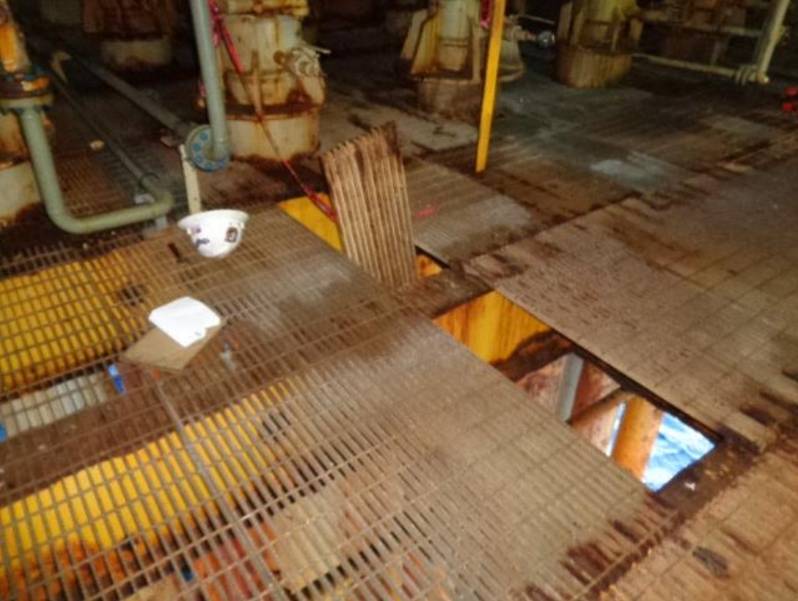 "At approximately 0630, Renaissance notified the United States Coast Guard (USCG) and a SAR mission was initiated. On May 30, 2019, the victim's employer reported the operational fatality to the United States Department of Labor. On May 31, 2019, the USCG suspended its SAR mission. On June 3, 2019, Renaissance concluded its search activities. Ultimately, the victim was never located, nor recovered," BSEE said.

The BSEE panel found multiple probable causes and also found that Renaissance failed to maintain all of its walking and working surfaces on the facility in a safe condition.

"Between the date range of July 15, 2017, through and including April 4, 2019, there were numerous instances in which deficient grating had been identified for corrective action in and around the wellbay," BSEE found.

Among other probable causes, BSEE has found that supervisors did not fulfill their respective responsibilities when they failed to promptly correct or barricade the walking and working surface hazard after it was identified and marked as a foreseeable, or immediate, life-threatening hazard.

"The hazardous grating was not barricaded with a rigid structure. The operating company conflated the definition barricade and barrier to include caution tape and fixed or hard structures. The method chosen did not impede personnel from accessing the hazardous area," BSEE said.

"All potentially affected personnel were not notified about the identified walking and working surface hazard; and, supervisory personnel allowed task-work to continue unabated," BSEE said.

Furthermore, BSEE found that the manner in which red “DANGER” tape was applied to warn of the rusty grating hazard was inadequate, and that supervisors did not fulfill their respective responsibilities within the relevant, established safe work procedures when authorizing task-work within and around, the dangerous area.

"Supervisory personnel  - knowledgeable of the uncorrected and uncontrolled walking and working surface hazard - approved a [Job Safety Analysis] for additional task-work without appropriate analysis or mitigation for the identified walking and working surface hazard present in the work environment; and, supervisory personnel assigned routine work  - collecting casing pressure readings - for which completion would be precluded without physical entry into a marked “DANGER” area, BSEE found. 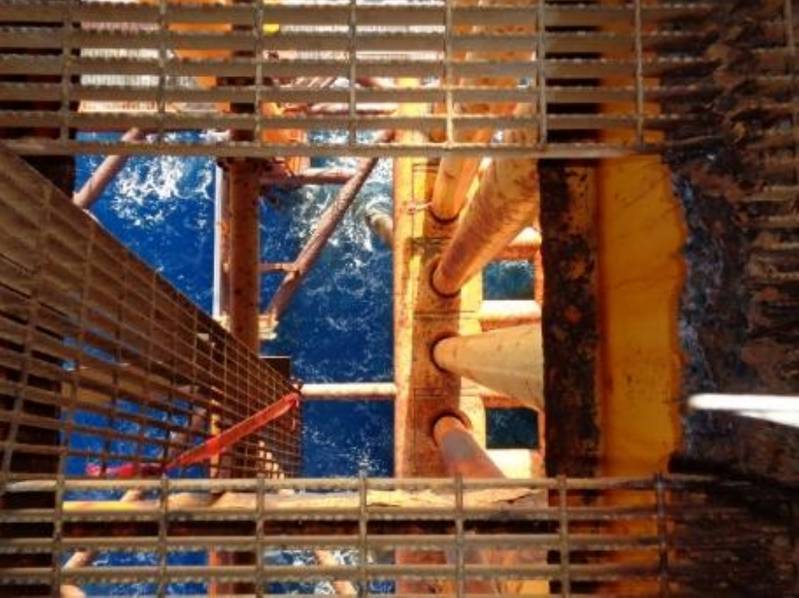 Identifying possible causes, BSEE found that the impact from striking the grating with a sledgehammer may have weakened or broken any potential remaining support or welds and attachments designed to secure the grating in place.

Furthermore, BSEE found that saturating the wellbay perimeter area with red “DANGER” marking tape, at or near eye level, after using a strand of same to mark a different hazard, at the walking-working surface level in the same proximity, may have diluted effectiveness of presentation.

Also, BSEE identified inadequate implementation and training for the Safety Check-in Procedure, coupled with a lack of accountability for non-compliance, may have contributed to a lack of understanding, procedural complacency, and untimely response.

As a result of the investigation, BSEE released a list of some of the key recommendations aimed at increasing safety:

• Operators should ensure all identified hazards are communicated to personnel in a timely and meaningful way and that findings receive appropriate consideration and corrective actions.

• Operators and contractors should abide by the agreed upon terms of their respective SEMS bridging arrangements.

• Supervisory personnel should be trained, skilled, and knowledgeable in their assigned duties and responsibilities and take an active role in task planning, hazard analysis, and supervision.

• Training, guidance, and SWPs should be consistent and clear to reduce the risk of a misunderstanding.

• Communication of hazards should be sufficient to prevent personnel from inadvertent hazard exposure.

• Hazard analyses and work permits should be continually assessed and updated to maintain effectiveness within the dynamic working environment.

• Emergency response plans and strategies should be appropriately and effectively managed.