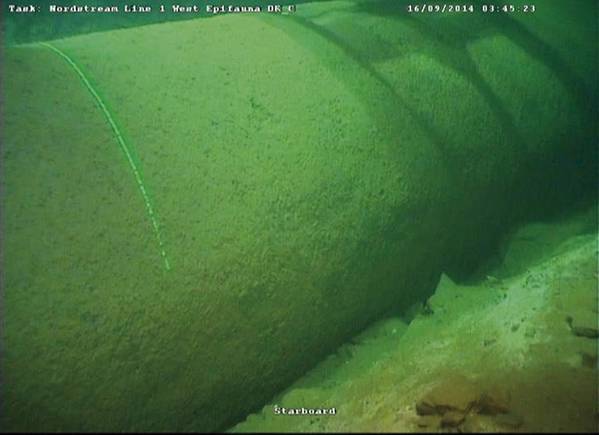 A remotely operated vehicle (ROV) moves along the length of the pipeline, equipped with digital cameras and specific sensors. The data and footage is analysed to assess the integrity of the pipeline. (File Photo: Nord Stream AG)

Norwegian subsea services firm Reach Subsea has through its cooperation with its Swedish partner MMT won a three-year contract, with two one-year options with Nord Stream AG, the operator of the Nord Stream gas pipeline in the Baltic Sea.

The contract is for yearly inspections, which will include visual and acoustic survey services critical for the pipeline integrity assessments, covering inspection of the European sections of both lines of the Nord Stream pipeline system running from Russia to Germany.

"This award follows on from the original contract awarded in 2017. One of the key advantages from this continued collaboration is the development resulting from the experiences gained during the last four years.

"This allows for significantly reduced costs and increased efficiency by high-speed survey operations and automated data processing workflows. The 2021 scope under the new contract will be executed in 1Q-2Q," Reach Subsea said, without sharing the financial details of the agreement.

In 2020, Nord Stream AG transported 59.2 billion cubic metres (bcm) of natural gas to consumers in Europe through the Nord Stream Pipeline. The pipeline was utilised at a marginally higher level compared to that of the previous years, thus, the gas volume transported in 2020 represents the historically highest mark since the start of operations in 2011, Nord Stream AG said last month.

Reach also said it has recently been awarded several other contracts and call-offs under frame agreements for 2021 execution.

"Approximately 550 project days are now secured for 2021 execution, which is an improvement from the 400 days secured at the same time last year," Reach Subsea said.

"Jostein Alendal, CEO of Reach, comments: “We are pleased to see that quality in execution once again proves to be a recipe for repeat business from our clients. As we enter 2021, we are encouraged with how the first part of the year is shaping up, with a schedule that looks much better than at the same time last year."