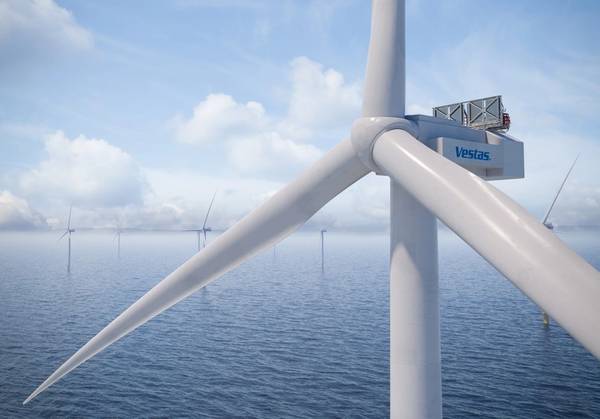 Vestas aims to dominate the offshore wind market with the launch of its giant 15 megawatt (MW) turbine and will focus on integrating its recently acquired offshore wind business, it said after posting mixed fourth-quarter results on Wednesday.

The harnessing of strong winds at sea is increasingly catching the attention of governments seeking to accelerate a global shift to renewable energy to meet climate change targets, prompting a strategy shift by Vestas.

"Our focus in 2021 will be to fully integrate offshore," said Chief Executive Henrik Andersen.

Its offshore ambitions are emphasized by the new 15 MW turbine, trumping its existing 9.5 MW model, with the company planning to install the first prototype in 2022 and move to serial production in 2024.

"At first glance, this looks set to leapfrog the competition and give Vestas the highest-output offshore turbine on the market," Citi analysts said.

Rivals Siemens Gamesa and General Electric have both launched offshore wind turbines with a 14 MW capacity.

With a wingspan of more than 230 meters, the new turbine will sweep an area of 43,742 square meters - roughly the size of six soccer pitches - and have the capacity to power 20,000 households by producing about 80 gigawatt hours a year, Vestas said.

The company also trumpeted its annual performance in spite of coronavirus-related delays and supply chain bottlenecks.

"We met our revised guidance on all parameters, leading the industry on revenue, order intake, and profitability despite COVID-19 affecting all parts of our value chain," Andersen said after the company reported a full-year EBIT margin of 5.1%, down from 8.3% a year earlier and just within its 5-7% target.

Fourth-quarter revenue was 4.3 billion euros, just above the 4.2 billion expected by analysts in a company poll, but operating profit before special items fell short of estimates at 358 million euros.

For 2021, Vestas said it expects full-year revenue of 16 billion to 17 billion euros, up from last year's guidance of between 14 billion to 15 billion euros. Margin guidance was 6-8%, which Citi analysts said was below market expectations.