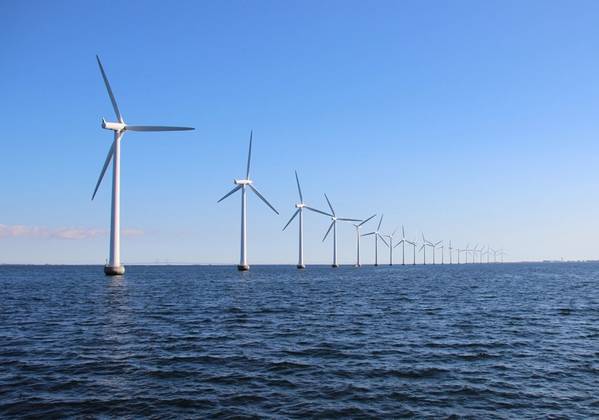 French oil major Total, in partnership with Macquarie’s Green Investment Group (GIG), has secured rights to a seabed lease for offshore wind development in the UK.

The lease is located in the Eastern Regions zone in the Crown Estate’s Offshore Wind Leasing Round 4.

The project, which will be located off the UK’s East Anglian coast, could deliver up to 1.5 gigawatts (GW) of renewable electricity and represents a significant early-stage investment in the UK offshore wind sector for both companies, Total said in a statement on Monday.

"Total continues to build up a strong position in offshore wind after its involvement in the 1.1 GW Seagreen project off the east coast of Scotland and in Erebus, a 96 MW floating offshore wind project in the Celtic Sea, leveraging its long-standing industrial activity in the UK," the company said.

Also, GIG and Total are currently partnering in South Korea to co-develop a major portfolio of floating offshore wind projects.

“Total is delighted to have been awarded 1.5 GW as part of the 4th Round of offshore wind leases from The Crown Estate with our partner GIG. We continue to support the energy transition goals of the UK. This project is our largest renewables development in Europe to date and an important step toward our 2050 net zero ambition”, said Julien Pouget, Senior Vice President Renewables at Total. “This success builds on our historical expertise in the UK offshore and is paving the way to the expansion of our renewable energy offering in the country in line with our strategy of becoming a broad-energy company”.

Mark Dooley, Global Head of Green Investment Group, said: “With this investment, we’re continuing our pioneering role in the UK’s energy transition, and helping to establish offshore wind as the backbone of its new low-carbon energy system. Building on our track record as one of the country’s largest funders of offshore wind, this represents a significant increase in our commitment to the UK’s offshore wind sector. This adds to our growing portfolio of renewable developments in Europe and grows our global offshore wind development portfolio to over 13 GW.”

Total and GIG were awarded this lease for an annual option fee of £83k per MW/year, during the development phase. There will now be a Habitat Regulations Assessment (HRA) of the possible impact of the project on relevant nature conservation sites in the allotted area. Following the successful conclusion of that process, the final agreements for lease will be signed sometime in 2022. Total said.

Worth noting, Total is not the only oil major that is reimagining itself as a broader energy company with an increasing renewables portfolio. Namely, the British oil major BP on Monday also said it had been selected as preferred bidder for or two 60-year advantaged leases in UK’s Offshore Wind Leasing Round 4, the first offshore wind leasing round in a decade. Read more here.